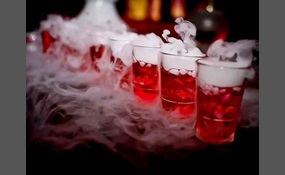 Should liquid nitrogen drinks be banned all over the world?

There were so many cases of someone landing in the hospital or even dying from drinking liquid nitrogen, but in some countries they still sell it, even to little kids. But, some people think it is almost like breathing in helium. You can also buy it in many places and in normal cases it is not dangerous, something bad can happen only if you aren't careful.

Kram_Redarsh says2018-07-14T02:59:36.0831293Z
Report Post
Liquid nitrogen? Seriously? What about the millions killed by liquid oxygen? Every day, your kids, your pets, your loved ones, are killed needlessly By oxygen. We need to ban both nitrogen and oxygen. Don’t fall victim to exposure to these potentially gases
Privacy Policy | Terms of Use
Sitemap | View Desktop Version
©2020 Debate.org. All rights reserved.