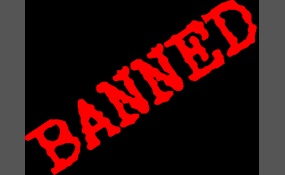 Should players who pay for video games have the ability the to be banned from said game?

All items,sayings, and actions should be taken into offense and have the player banned, even if they payed for the game.(standard argument)
8 votes
5 comments
Yes - Voter Comments

GET-RIGHT says2015-04-27T19:35:53.9059732-05:00
Report Post
YES! I play CS:GO which is a competitive online first person RTS, and if every person that has been banned for griefing, hacking, or other non-sense (all which have paid for the game) were allowed to play, nobody would want to play the game. Hackers and Griefers are the ones that are primarily banned, and rightfully done so. -Also when you pay for any game, you agree to that games online rules, so if you break them you should be banned.

rmills963 says2015-04-29T08:41:56.0187478-05:00
Report Post
If you pay for a game, i believe you have the right to enjoy and get your money worth from it. Temporary bans as punishment should be enforced before a permanent lifetime ban. Systems such as VAC have NO option to retaliate, nor are you even told why you are being banned. You get banned up to two weeks after you committed any offence. Personally, i got banned for trying to use cheat engine on my own server.
Vote & Comment
3

Depends on what they did.

Like if they cursed they wouldn't but if they hacked they would.
2 votes
0 comments
Depends on what they did. - Voter Comments
No Comments
Vote & Comment
Leave a comment...
(Maximum 900 words)

Daktoria says2015-04-27T18:23:11.6912734-05:00
Report Post
The poll doesn't have enough options. A lot of pay to play games have private servers for just this reason - so fellow players who paid aren't trolled, but people who aren't banned for trolling can still play elsewhere.

Thescarecrow066 says2015-04-27T18:31:30.1276414-05:00
Report Post
Thank you for saying so Daktoria, but this have both answers you can say no or yes i'm not adding something for private servers. Its steering off topic
Privacy Policy | Terms of Use
Sitemap | View Desktop Version
©2020 Debate.org. All rights reserved.