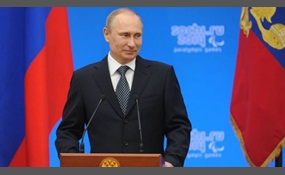 Should Russia incorporate the post-Soviet states into a greater union?

With the recent events in Ukraine, it is a wonder if Russia still has a certain amount of legitimacy in being the controlling government of the former Soviet states. Would these post-Soviet nations be better off if they joined Russia for greater economic stability?

No, for none of them

All of these 14 new nations are independent and should remain that way. If Russia formed a union with all of the other 14 sovereign states they would either become too powerful for their own good, or they would completely break down. These others st... ates would fall into ruin because of the Russian bias, corruption, and failure to help others. Forming a union with Russia will only cause chaos to ensue. The already in place systems are either fine as they are, or they have failed completely any way   more
9 votes
2 comments
No, for none of them - Voter Comments

Yes, but through force

These post-Soviet states deserve to be part of Russia. The country now has the chance to act more aggressively and they should take the opportunity to annex the post-Soviet states. It's now or never and they would never agree to form a union peacefu... lly. Besides, they would be better off   more
1 vote
0 comments
Yes, but through force - Voter Comments
No Comments
Vote & Comment
3

Yes, but only some of them

Latvia, Lithuania, and Estonia were forcefully annexed by the Soviet Union and thus the Soviet Union was not the legitimate government that once controlled them. Some other post-Soviet states may not apply as well, such as Georgia or even Ukraine. T... he Collective Security Treaty Organization is already in place, as well as the Shanghai Cooperation Organisation and the Commonwealth of Independent States. All of these economic and military alliances have helped the post-Soviet states already, why not expand that into something greater   more
1 vote
1 comment
Yes, but only some of them - Voter Comments

Yes, for all of them

The post-Soviet states are a wreck. They already need the economic and military support of Russia as without it they would surely collapse completely, if they have not done so already. Forming another greater Union with Russia will allow Russia to i... ntrude on their governments and hopefully improve things for the better, especially now that they aren't subject to the poor communist system that was once in place. Due to the instability in some of them, Russia will hopefully put some of these conflicts at rest   more
1 vote
0 comments
Yes, for all of them - Voter Comments
No Comments
Vote & Comment
Leave a comment...
(Maximum 900 words)

ChosenWolff says2014-07-31T10:32:02.9210301-05:00
Report Post
They already are with Belarus. The idea is known as union state. A complete economic and military assimilation. They will share one military and one central bank (with carbon economic policies), and function as two states.

PetersSmith says2014-07-31T10:49:56.1124680-05:00
Report Post
ChosenWolff: Belarus already has very strong ties with Russia. This is talking about all of them. GUAM does not apply to Belarus either way, rather Georgia, Ukraine, Azerbaijan, and Moldova.