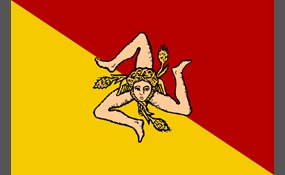 Should Sicily become a separate country from Italy?

Sicily, the largest Island of the Mediterranean, is located just off the coast of Italy. It is an autonomous region with a unique culture.

Sicily is already an autonomous region. It's almost like a separate country if you go there. They have their own unique language and culture as well as being fully capable to govern themselves. Sicily has a great agricultural industry as well.
3 votes
0 comments
Yes, it should. - Voter Comments
No Comments
Vote & Comment
2

Sicily should stay part of Italy. Even though it has its own culture and language, so do many countries. Even the US has cultural differences. Sicily also should stay a part of Italy for economic reasons and to deter corruption.
1 vote
0 comments
No, it shouldn't. - Voter Comments
No Comments
Vote & Comment
No comments yet.
Leave a comment...
(Maximum 900 words)
Privacy Policy | Terms of Use
Sitemap | View Desktop Version
©2020 Debate.org. All rights reserved.