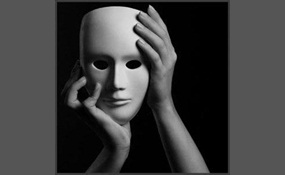 Should sociopath serial killers get off easier in prison?

Rather than someone who isn't a sociopath/psychopath. They are either born sociopaths or a traumatic incident occurs in one's life to create symptoms of lack of empathy, disregard for proper social conduct, etc. There is a difference in brain scan in a psychopaths brain, something one cannot control, that is not to say their actions were uncontrollable. But the idea of guilt/forgiveness for one's actions/etc. Isn't something they are able to feel. Thoughts?

They have complete control and awareness over the consequences. Not all sociopaths are criminals, many are normal people, so those who choose to take that path are simply acting upon their natural inclinations or urges, if all sociopaths were serial...  killers that would be a different story, but they know the law   more
2 votes
1 comment
No - Voter Comments

cludwig says2015-05-24T20:13:59.3765076-05:00
Report Post
Sociopaths and Psychopaths are a scourge on our society. They are the Politicians, CEOs, Bankers, Scammers and Judges that are responsible for the vast majority of the total hurt and suffering in the world. In my opinion, all Sociopaths should be executed or at the very least banished for the good of all of humanity. A panel of psychiatrists should be used to determine if someone is a Sociopath. If they agree, then an immediate death sentence should be handed down and carried out within 24 hours.
Vote & Comment
2

Psychopaths and sociopaths should still get prison time, but psychopathy should be treated as a mental disorder, something than can be cured, rather than a 'symptom of a criminal.' Not all criminals are sociopaths, but those who are simply cannot pr... ocess the idea of certain feelings or emotions than other people can, which would continue if they got the common treatment of serial killers in prison. (Environment of routine, lack of joy, treated like dogs, etc.   more
1 vote
0 comments
Yes - Voter Comments
No Comments
Vote & Comment
Leave a comment...
(Maximum 900 words)

Thegreatdebate98 says2015-05-26T11:32:46.3297661-05:00
Report Post
Well, there are different types of psychopathy. Many psychopaths are useful members of society, murdering someone for something they couldn't control and have no ability to change is completely immoral, that would only make you look like a cold blooded killer. All human beings as a whole are responsible for the negative effects of this world.
Privacy Policy | Terms of Use
Sitemap | View Desktop Version
©2020 Debate.org. All rights reserved.