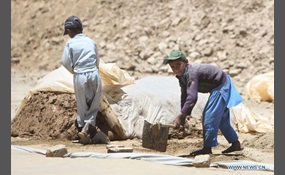 Should the age to get a job be lowered

Yes are an English rock band who achieved success with their progressive, art, and symphonic style of rock music. They are distinguished by their use of mystical and cosmic lyrics, live stage sets and lengthy compositions, often with complex instrum... ental and vocal arrangements. The band's current line-up since February 2012 consists of singer Jon Davison, guitarist Steve Howe, bass guitarist Chris Squire, keyboardist Geoff Downes, and drummer Alan White.Squire formed Yes in 1968 with singer Jon Anderson. Squire and guitarist Peter Banks had played together in The Syn and then Mabel Greer's Toyshop. Anderson and later drummer Bill Bruford joined a line-up of Mabel Greer's Toyshop, which evolved into Yes. Keyboardist Tony Kaye completed the first Yes line-up. Their early sets were a mix of original material and cover versions.The 1970s saw Yes release the albums that are widely viewed as their creative peak: The Yes Album, Fragile, Close to the Edge, Tales from Topographic Oceans, Relayer and Going for the One   more
3 votes
1 comment
Yes - Voter Comments

dadsbug says2015-04-06T11:31:58.8713115-05:00
Report Post
Yes the age is 14 however most people do not gain a job at 14 because of the way we act but that's the thing if we want a job we can always tell at an interview weather or not we are responsible neither me or my teacher i am doing this report for agree because if younger kids get jobs the more experienced we will be and we will have a brighter future