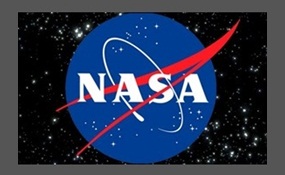 Should the government fund NASA?

Should we pay for NASA to go up in space?

rottingroom says2013-10-19T11:41:43.5340118-05:00
Report Post
I can't think of anything more important for humanity. Saying we shouldn't is like saying that humanity should have never bothered exploring the oceans.

Heineken says2013-10-19T12:07:53.5826517-05:00
Report Post
The military advantage of Air/Space superiority is undeniable. It shouldn't exclude private sector space exploration, but undoubtedly, it would be a strategic suicide not to involve Government in securing air/space superiority.

HardlyHuman says2013-10-19T13:16:27.0311504-05:00
Report Post
Further space exploration can lead to very interesting technological innovations. I think it ought to be a global effort as that would get us further, but that's just my opinion. Anything at this point would be better than doing nothing.

If we could afford it then yes

The Space Industry Should be Privatized

We should defund every aspect of it that directly funds any "Space Exploration" type missions or any manned missions into space. Additionally, we should not fund the ISS either.

1 vote
1 comment
We should defund every aspect of it that directly funds any "Space Exploration" type missions or any manned missions into space. Additionally, we should not fund the ISS either. - Voter Comments

If Chris Christie says so.

Christopher James "Chris" Christie is the 55th Governor of New Jersey, and a leading member of the Republican Party in the United States.A Newark native, Christie became interested in politics at an early age, and volunteered for the gubernatorial c... ampaign of Republican Tom Kean in 1977. Graduating from the University of Delaware, he then earned a J.D. Degree at Seton Hall Law School.Christie joined a Cranford, New Jersey law firm in 1987, where he became a partner in 1993, and continued practicing until 2002. Meanwhile, he was elected as a county legislator in Morris County, serving from 1995 to 1998 during which time he generally pushed for lower taxes and lower spending. By 2002, Christie had done campaign work for both presidents George H.W. Bush and George W. Bush; the latter appointed him United States Attorney for the District of New Jersey where he served from 2002 to 2008. In that position, he emphasized prosecutions of political corruption, and also obtained convictions for sexual slavery, arms trafficking, racketeering by gangs, and other federal crimes.In January 2009, Christie declared his candidacy for Governor of New Jersey. He won the Republican primary, and then defeated incumbent Governor Jon Corzine in the general election. Christie, who was seen as a possible candidate in the 2012 presidential election, declined to run, but he delivered the keynote address at the 2012 Republican National Convention. Chris Christie is widely viewed as a possible presidential candidate in 2016. In 2013, Christie won a landslide re-election, defeating Democratic rival Barbara Buono. On November 21, 2013, Christie was elected Chairman of the Republican Governors Association, succeeding Louisiana Governor Bobby Jindal   more
1 vote
0 comments
If Chris Christie says so. - Voter Comments
No Comments
Vote & Comment
7

The_Joker9633 says2013-10-19T22:22:23.1888434-05:00
Report Post
The ONLY reason we ever explored space was to say "we beat Russia" as well as to get a military strategy over the rest. Humanity needs to get away from this "let me be the military pinnacle". Alas, it will never happen. Funding should not come from the government because it is a useless thing, unless they have a military need for it, there is no purpose for it. We can not get to other habitable planets in time to curb our population, and the governments of the world would sooner fight and decrease our population than send people up there to live.
Privacy Policy | Terms of Use
Sitemap | View Desktop Version
©2022 Debate.org. All rights reserved.