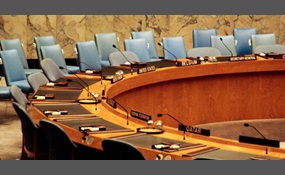 Should the United States be ran by a Council

Should the United States be ran by a Council consisting of high ranking military official, scientists and CEO's of well liked and trusted corporations? This Council will run things likes our current government except it will be a singular entity like a society, of course they will be loving and caring towards the populace but well not be afraid to become aggressive in order to keep order and protect citizens and they will even promote creativity and personal rights, agencies existing today will remain they

It could prove strong and organized, and protective over its citizens, it could even intimidate enemies
6 votes
0 comments
Yes it sounds great - Voter Comments
No Comments
Vote & Comment
2

No it sounds evil

This sounds like it could easily be corrupted into oppressing, harming and controlling its citizens like the rumored NWO ( New World Order)
4 votes
1 comment
No it sounds evil - Voter Comments