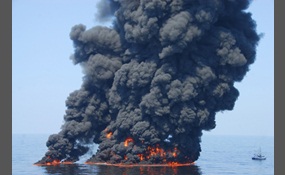 Should the world cancel gas powered vehicles and switch to electrical?

The pollution of the atmosphere will soon be more than humans can bear.

Then slowly convert to the cleaner alternative so that infrastructure doesn't collapse all at once.
5 votes
1 comment
Eventually, Needs More Science - Voter Comments

And that electricity will come from wind, the sun, the moon, the heat, the air pressure, and evaporating solar pollution with a laser vacuum.

4 votes
0 comments
And that electricity will come from wind, the sun, the moon, the heat, the air pressure, and evaporating solar pollution with a laser vacuum. - Voter Comments
No Comments
Vote & Comment
3

We have to switch to electrical vehicles, and more than that, electrical everything.

3 votes
0 comments
We have to switch to electrical vehicles, and more than that, electrical everything. - Voter Comments
No Comments
Vote & Comment
4

We need to supplement with electrical ...

In instances where we can't contain combustion with high efficiency. Our goal should be nuclear, with the capability to fuse and break hydrogen efficiently. Create and contain what the sun does ... Not create dependency on its byproducts.
1 vote
0 comments
We need to supplement with electrical ... - Voter Comments
No Comments
Vote & Comment
7

Carbon dioxide is not a pollutant

It is a completely inert and safe gas, since it is not displacing oxygen enough to stop human beings from breathing correctly, there is no problem.
1 vote
0 comments
Carbon dioxide is not a pollutant - Voter Comments
No Comments
Vote & Comment
8

geauxpelicans5 says2015-05-01T13:50:24.4228273-05:00
Report Post
You should organize your answers in a better format. It would not be plausible to just stop all gas powered cars at once. It would need to be a gradual thing that took place over years.

evolutioniscrushed says2015-05-01T13:53:47.0804253-05:00
Report Post
Well, I understand, as the government should present this option for people over several years, before they make the final decision. For now, I'm just asking of YOUR opinion, not the whole world's all at once. All political and economical problems obviously aren't solved that easily. There needs to be a lot of approving done.

58539672 says2015-05-01T15:11:38.2565263-05:00
Report Post
So you want to stop using fossil fuels by switching to electric, which involves plugging in your vehicle to the power grid. Never mind the fact that electricity comes from power plants which burn fossil fuels to make energy. How is this helping again?

FreedomBeforeEquality says2015-05-01T17:03:05.8078121-05:00
Report Post
I don't think we should drift too far from combustion. There are things electricity (the way we use it) just cannot do. Strong nuclear force, the breaking of it, and the resulting repulsion is far more powerful that electro-magnetic forces. Electricity and all the ways its formed will always be a way of leaching off pre-existing reaction and expelled energy. If you consider the amount lost by the sun, the amount we don't contain, its wasteful. Electromagnetism is just a secondary form of energy ... A byproduct of real energy ... A sample of all the energy you've lost.

FreedomBeforeEquality says2015-05-01T17:18:30.7315373-05:00
Report Post
Lol wimhurst machines spin too slow while the Van de Graff globe constantly dissipates all your energy in the air ... Not to mention you'd need every bit of precious metal invested into a mass of them just to power 1 city. I don't see it working. And it still is using a pre existing energy that's constantly going away. It'd be funny to see though ...

evolutioniscrushed says2015-05-01T17:29:51.9006115-05:00
Report Post
No, Van de Graaff is out of the question because a reverse operation of it can cause enormous amounts of pollution. The only options are Wimhurst or my idea of a generator that will produce electricity from anything possible, some of which I included in previous answers.