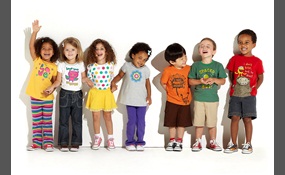 Should there be a tax on people that do not have kids by age 30?

The main economic and morality engine of america is the family. The family is the center unit. However, some decide not to have kids which hurts the economy and the morality of america.

No, Choice comes before the morality and economy

15 votes
4 comments
No, Choice comes before the morality and economy - Voter Comments

leonitus2464 says2014-07-24T16:01:01.3092794-05:00
Report Post
having children is optional we shouldnt be trying to sway people either wat we should let them make decisions that give them happiness. its their choice not everyone wants kids and theres no obligation to have any.

We should tax the bright for not having kids and pay the stupid to be sterilized.

They wouldn't need to be paid much..There stupid :)
2 votes
2 comments
We should tax the bright for not having kids and pay the stupid to be sterilized. - Voter Comments

Actually, the reverse should be true. People ought to be taxed for having children.

2 votes
2 comments
Actually, the reverse should be true. People ought to be taxed for having children. - Voter Comments

Epic9988 says2014-07-25T00:37:42.0298432-05:00
Report Post
Hear me out: overly large, ill-planned families living on welfare and unwanted kids are a tremendous drain on the economy. A tax, or regulation of some kind (perhaps a license) would help ensure that the only people who have children are those who are competent and can afford it, not to mention that it would be a tremendous source of state revenue. Demographic sectors that require growth, like middle-class educated families, should be subject to less severe taxes so as to promote their expansion, while additional taxes and regulations should be heaped upon the demographic sectors that need to be curbed. Note that I am not saying that this is a good idea, only that it should be considered.

We should tax the politicians & Wall Street who threw our economy in the toilet instead!

Today's economy, job-market, etc. does not provide ample opportunity for young adults to get ahead. Many are under-employed, or unemployed, as a result. They can't afford to pay-off student loans, buy homes, start families, etc. If they cannot affor... d it, then it would be irresponsible to do it. Instead, they are being forced to put their lives on hold. They are being robbed of the opportunities that their parents & grandparents had (when their age). That ISN'T moral or economically sound   more
1 vote
0 comments
We should tax the politicians & Wall Street who threw our economy in the toilet instead! - Voter Comments
No Comments
Vote & Comment
6

Yes, In order to insure that our economy and morality is maintained

1 vote
0 comments
Yes, In order to insure that our economy and morality is maintained - Voter Comments
No Comments
Vote & Comment
Leave a comment...
(Maximum 900 words)

Redspectre says2014-07-24T15:58:58.2871648-05:00
Report Post
I would make an exception to infertile people since they didnt choose to be infertile. But the rest are just wasting america's time and their time by not having kids. The family BTW is in danger of extinction. Its in danger of being a true moral family that protects the economy. Without families we have no one buying products catered for kids and families and we will have a stagnant economy. Look at europe. In europe the fertility is close to 1.6 and senior benefits are pushing a increasingly smaller workforce to pay taxes. If america's fertility rate goes down, then the entire economy will be in shambles. Capitalism is a system of growth, and you cant have growth without population growth

leonitus2464 says2014-07-24T16:08:12.3767690-05:00
Report Post
Why does the "traditional" family even matter why not let people be happy and get out of the lives of others besides its conservatives who whine about freedom all the time why not respect someones decision not to get married or have kid why no let them be happy.

briantheliberal says2014-07-24T16:10:45.8739571-05:00
Report Post
If I don't have children, why the hell does that matter to you? How is that a "waste of america's time" to not have children? You don't know what my circumstances are. Maybe I cannot afford children, maybe I want children later on, or maybe I just don't want children at all. There are plenty of people who DO have children, some of them cannot even afford to care for them, yet you are worried about MY OWN reproductive choices? And seeing as you are probably conservative based on your views, if someone does have children before 30 and cannot afford it, would you change your position on welfare, medicaid, and other services to assist families who need it? I am assuming you will not. This is another reason why Capitalism doesn't work in society.

leonitus2464 says2014-07-24T16:16:43.1617916-05:00
Report Post
Really your using Europe as an example the difference between Europe and america is Europe isn't full of conservatives who want to micro manage other peoples lives. They actually respect the freedom and decisions of others unlike conservative Americans(only conservatives really want to dominate the lives of others)