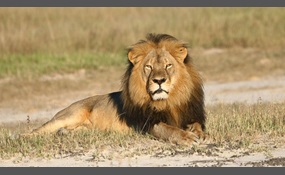 Should Walter J Palmer be extradited for the killing of Cecil The Lion?

Walter J Palmer gained international attention after he killed Cecil, an African Lion living in Hwange National Park. The 2 guides that assisted Palmer where charged with poaching, and there is a both a large group of people who think and think he shouldn't be extradited.

gingerbread548 says2016-06-28T04:01:37.8783254Z
Report Post
You pay someone to kill animals every single day by buying meat. Everyone just cares about the lion because it's not usually killed. The lion got bullets. Pretty quick death. Cows are hung upside down and have their throats slit while being completely awake so they watch themselves bleed out for hours. Hundreds of baby pigs are killed every day by something called thumping. Thumping is basically hitting the pig on the ground once as hard as possible then throwing them in a basket and letting them slowly die.
Vote & Comment
Leave a comment...
(Maximum 900 words)