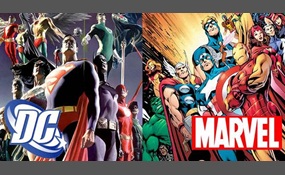 What is the best superhero comics universe?? 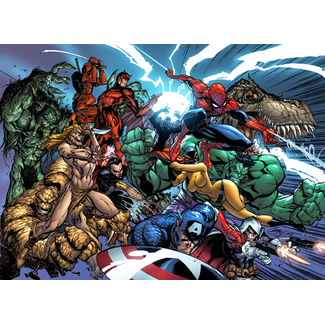 Marvel Worldwide Inc., commonly referred to as Marvel Comics and formerly Marvel Publishing, Inc. And Marvel Comics Group, is an American publisher of comic books and related media. In 2009, The Walt Disney Company acquired Marvel Entertainment, Marvel Worldwide's parent company.Marvel started in 1939 as Timely Publications, and by the early 1950s had generally become known as Atlas Comics. Marvel's modern incarnation dates from 1961, the year that the company launched The Fantastic Four and other superhero titles created by Stan Lee, Jack Kirby, Steve Ditko, and many others.Marvel counts among its characters such well-known properties as Spider-Man, the X-Men, the Fantastic Four, Iron Man, the Hulk, Thor, Captain America, the Silver Surfer, and the Avengers and antagonists such as the Green Goblin, Doctor Octopus, Magneto, Doctor Doom, Loki, Galactus, Thanos, and the Red Skull. Most of Marvel's fictional characters operate in a single reality known as the Marvel Universe, with locations that mirror real-life cities such as New York, Los Angeles and Chicago.Marvel Comics and its major, longtime competitor DC Comics shared over 80% of the American comic-book market in 2008. 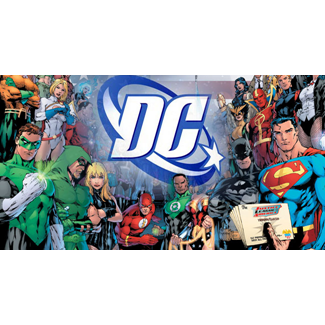 DC Comics, Inc. Is one of the largest and most successful companies operating in the market for American comic books and related media. It is the publishing unit of DC Entertainment, a company of Warner Bros. Entertainment, which itself is owned by Time Warner. DC Comics produces material featuring a large number of well-known characters, including Batman, Superman, Wonder Woman, Green Lantern, the Flash, Aquaman, Hawkman, and Green Arrow, along with such superhero teams as the Justice League, the Watchmen, and the Teen Titans, as well as antagonists such as the Joker, Lex Luthor and Catwoman.The initials "DC" came from the company's popular series Detective Comics, which featured Batman's debut and subsequently became part of the company's name. Originally in Manhattan at 432 Fourth Avenue, the DC Comics offices have been located at 480 and later 575 Lexington Avenue; 909 Third Avenue; 75 Rockefeller Plaza; 666 Fifth Avenue; and 1325 Avenue of the Americas. DC has its headquarters at 1700 Broadway, Midtown Manhattan, New York City, but it was announced in October 2013 that DC Entertainment would relocate its headquarters from New York to Los Angeles in 2015. 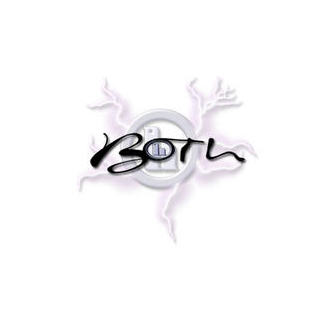 Both Marvel and DC.