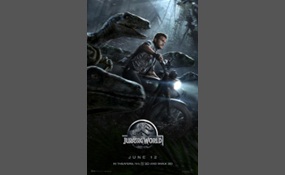 6 votes
5 comments
Inside Out - Voter Comments

Star Wars: The Force Awakens is an upcoming American epic space opera film directed by J. J. Abrams. The seventh installment in the Star Wars film series, it stars John Boyega, Daisy Ridley, Adam Driver, Oscar Isaac, Andy Serkis, Domhnall Gleeson, a... nd Max von Sydow, with Harrison Ford, Carrie Fisher, Mark Hamill, Anthony Daniels, Peter Mayhew and Kenny Baker reprising their roles from previous films. The story is set approximately 30 years after the events of Return of the Jedi.After The Walt Disney Company acquired Lucasfilm in 2012, plans for a third Star Wars trilogy were announced. The Force Awakens will be the first film to be made since the acquisition, with Kathleen Kennedy, Abrams and Abrams' long-time collaborator Bryan Burk producing. Star Wars creator George Lucas serves as creative consultant on the film and the other films that will comprise the planned trilogy. Abrams directed the film from a screenplay he co-wrote with Lawrence Kasdan, co-writer of the original trilogy films The Empire Strikes Back and Return of the Jedi. Abrams and Kasdan rewrote an initial script by Michael Arndt, who also wrote the story treatment   more
5 votes
0 comments
Star Wars: The Force Awakens - Voter Comments
No Comments
Vote & Comment
4

imabench says2015-06-23T21:32:41.9188454-05:00
Report Post
I love any and all action movies, but any action movie that makes you grit your teeth due to how much action in there is in it is a huge deal to me. So even though Avengers and Jurassic World and Kingsman were great, my favorite this year is Mad Max Fury Road. Though that will likely only last until the next Star Wars movie comes out
Vote & Comment
6

Ex Machina is an upcoming science fiction thriller, written and directed by Alex Garland, marking Garland's directorial debut, and starring Domhnall Gleeson, Oscar Isaac and Alicia Vikander. It tells the story of a computer coder who wins the chance...  to spend a week at the house in the mountains belonging to the CEO of the company he works for, only to find he has to participate in an experiment involving a new brand of artificial intelligence.The film will be released in the United Kingdom on January 23, 2015, and in the United States on April 10, 2015 through A24 Films   more
1 vote
0 comments
Ex Machina - Voter Comments
No Comments
Vote & Comment
10