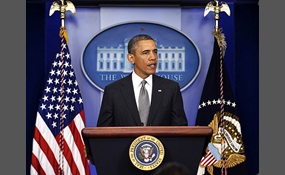 So if DDO was the us government who would you want to be your president?

John Felix Anthony Cena is an American professional wrestler, rapper and actor signed to WWE. Cena is the public face of WWE, and has served as its franchise player since 2005. He is a polarizing figure among pro wrestling fans, despite playing a he... roic character for the majority of his career.Cena started his pro wrestling career in 1999 with Ultimate Pro Wrestling, where he held the UPW Heavyweight Championship. Cena signed a developmental contract with the World Wrestling Federation in 2001, debuting on the main roster in 2002. As of December 2014, Cena has had 22 championships reigns and is a 15-time world champion, consisting of a record 12 reigns as WWE Champion/WWE World Heavyweight Champion and three reigns as World Heavyweight Champion. He has the fourth-highest number of combined days as WWE World Heavyweight Champion, behind Bruno Sammartino, Bob Backlund, and Hulk Hogan. He has also headlined WWE's flagship event, WrestleMania on five occasions over the course of his career.Outside of wrestling, Cena has released the rap album You Can't See Me, which debuted at No.15 on the US Billboard 200 chart, and starred in the feature films The Marine, 12 Rounds, and Legendary   more
6 votes
1 comment
John Cena - Voter Comments

He who must not be named

Donald John Trump, Sr. Is an American businessman, investor, television personality and author. He is the chairman and president of The Trump Organization and the founder of Trump Entertainment Resorts. Trump's extravagant lifestyle, outspoken manne... r, and role on the NBC reality show The Apprentice have made him a well-known celebrity who was No. 17 on the 2011 Forbes Celebrity 100 list.Considered one of the best known real estate entrepreneurs in the United States, Trump is the son of Fred Trump, a wealthy New York City real-estate developer. He worked for his father's firm, Elizabeth Trump & Son, while attending the Wharton School of the University of Pennsylvania, and in 1968 officially joined the company. He was given control of the company in 1971 and renamed it The Trump Organization. After his third bankruptcy in 2009, the property of Trump Entertainment Resorts was sold to various buyers.In 2010, Trump expressed an interest in becoming a candidate for President of the United States in the 2012 election, though in May 2011, he announced he would not be a candidate. Trump was a featured speaker at the 2013 Conservative Political Action Conference   more
1 vote
0 comments
Donald Trump - Voter Comments
No Comments
Vote & Comment
10

I've had enough of cliches. Have you?
0 votes
0 comments
Reece - Voter Comments
No Comments
Vote & Comment
12