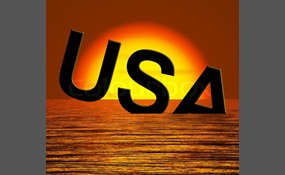 So whats the worst problem in the United States right now?

We hear about this constantly opinions anyone?

Ezk says2015-06-06T09:59:50.0042094-05:00
Report Post
At-will employment, outsourcing jobs, and deregulation (past) of the financial market. Overall, a disgusting pond of childish bosses and sheepy emplyees --the letter being the majority would be able to make changes through legislation. But everyone is so full of himslef that hardly can even conceive of anyone else. And that means,, Selfishness/Egotism is the idea that allows for the above issues.
Vote & Comment
4

Racism consists of both prejudice and discrimination based in social perceptions of biological differences between peoples. It often takes the form of social actions, practices or beliefs, or political systems that consider different races to be ran... ked as inherently superior or inferior to each other, based on presumed shared inheritable traits, abilities, or qualities. It may also hold that members of different races should be treated differently.Among the questions about how to define racism are the question of whether to include forms of discrimination that are unintentional, such as making assumptions about preferences or abilities of others based on racial stereotypes, whether to include symbolic or institutionalized forms of discrimination such as the circulation of ethnic stereotypes through the media, and whether to include the socio-political dynamics of social stratification that sometimes have a racial component.In sociology and psychology, some definitions only include consciously malignant forms of discrimination   more
2 votes
0 comments
Racism - Voter Comments
No Comments
Vote & Comment
5

Islamic State of Iraq and the Levant

The Islamic State of Iraq and the Levant, also translated as the Islamic State of Iraq and Syria, also known by the Arabic acronym Daʿish, and self-proclaimed as the Islamic State, is a Sunni, extremist, jihadist rebel group based in Iraq and Syria,...  where it controls territory. It also operates in eastern Libya, the Sinai Peninsula of Egypt, and other areas of the Middle East, North Africa, South Asia, and Southeast Asia.The United Nations has held ISIL responsible for human rights abuses, and Amnesty International has reported ethnic cleansing by the group on a "historic scale". The group has been designated as a terrorist organization by the United Nations, the European Union, the United Kingdom, the United States, Australia, Indonesia, Canada, Turkey, Saudi Arabia, and the UAE.The group originated as Jama'at al-Tawhid wal-Jihad in 1999, which was renamed Tanzim Qaidat al-Jihad fi Bilad al-Rafidayn—commonly known as al-Qaeda in Iraq —in 2004. Following the 2003 invasion of Iraq, AQI took part in the Iraqi insurgency   more
1 vote
0 comments
Islamic State of Iraq and the Levant - Voter Comments
No Comments
Vote & Comment
7