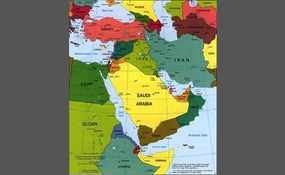 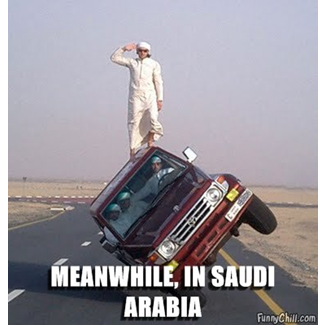 Saudi Arabia, officially known as the Kingdom of Saudi Arabia, is the largest Arab state in Western Asia by land area, and the second-largest in the Arab world after Algeria. It is bordered by Jordan and Iraq to the north, Kuwait to the northeast, Qatar, Bahrain and the United Arab Emirates to the east, Oman to the southeast, and Yemen in the south. It is the only nation with both a Red Sea coast and a Persian Gulf coast and much of its terrain consists of inhospitable desert.Before the inception of the Kingdom of Saudi Arabia, modern-day Saudi Arabia consisted of four distinct regions: Hejaz, Najd and parts of Eastern Arabia and Southern Arabia. The Kingdom of Saudi Arabia was founded in 1932 by Ibn Saud; he united the four regions into a single state through a series of conquests beginning in 1902 with the capture of Riyadh, the ancestral home of his family, the House of Saud. The country has since been an absolute monarchy governed along Islamic lines, namely under the influence of Wahhabism. Saudi Arabia is sometimes called "the Land of the Two Holy Mosques" in reference to Al-Masjid al-Haram, and Al-Masjid an-Nabawi, the two holiest places in Islam. 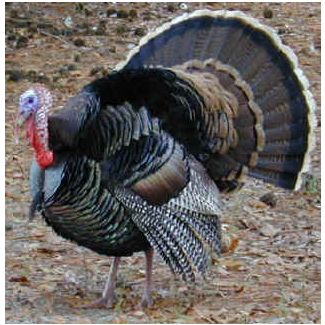 Turkey, officially the Republic of Turkey, is a contiguous transcontinental parliamentary republic largely located in Western Asia with the smaller portion of Eastern Thrace in Southeastern Europe. Turkey is bordered by eight countries: Bulgaria to the northwest; Greece to the west; Georgia to the northeast; Armenia, Iran and the Azerbaijani exclave of Nakhchivan to the east; and Iraq and Syria to the southeast. The Mediterranean Sea is to the south; the Aegean Sea to the west; and the Black Sea to the north. The Sea of Marmara, the Bosphorus and the Dardanelles demarcate the boundary between Thrace and Anatolia; they also separate Europe and Asia. Turkey's location at the crossroads of Europe and Asia makes it a country of significant geostrategic importance.Turkey has been inhabited since the paleolithic age, including various Ancient Anatolian civilizations, Aeolian and Ionian Greeks, Thracians, and Persians. After Alexander the Great's conquest, the area was Hellenized, which continued with the Roman rule and the transition into the Byzantine Empire. 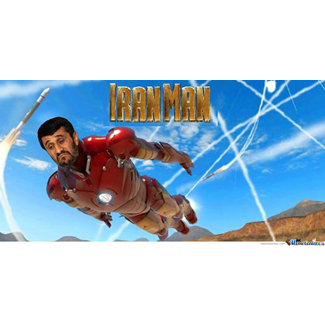 Iran, also known as Persia, officially the Islamic Republic of Iran, is a country in Western Asia. It is bordered to the northwest by Armenia and Azerbaijan, with Kazakhstan and Russia across the Caspian Sea; to the northeast by Turkmenistan; to the east by Afghanistan and Pakistan; to the south by the Persian Gulf and the Gulf of Oman; and to the west by Turkey and Iraq. Comprising a land area of 1,648,195 km², it is the second-largest nation in the Middle East and the 18th-largest in the world; with 78.4 million inhabitants, Iran is the world's 17th most populous nation. It is the only country that has both a Caspian Sea and Indian Ocean coastline. Iran has been of geostrategic importance because of its central location in Eurasia and Western Asia and the Strait of Hormuz.Iran is home to one of the world's oldest civilizations, beginning with the formation of the Proto-Elamite and Elamite kingdom in 3200–2800 BCE. The Iranian Medes unified the country into the first of many empires in 625 BCE, after which it became the dominant cultural and political power in the region.