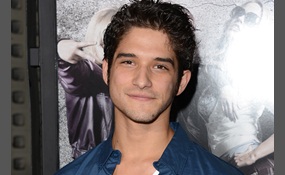 Teen Wolf is an American television series developed by Jeff Davis for MTV. It is loosely based on the 1985 film of the same name. The show's central character is Scott McCall, a high school student and social outcast who is bitten by a werewolf whi... le looking for a dead girl in the woods. Scott attempts to maintain a normal life, keeping the fact of his being a werewolf secret from everyone, with the exception of his best friend "Stiles" Stilinski, who helps him through the changes in his life and body, and another mysterious werewolf, Derek Hale. Teen Wolf premiered on June 5, 2011, following the 2011 MTV Movie Awards. The second season premiered on June 3, 2012 after 2012 MTV Movie Awards. On July 12, 2012, Teen Wolf was renewed for a third season, which includes 24 episodes and the production location was moved to Los Angeles, California. The third season premiered on June 3, 2013 at 10 pm, giving the series a new high on ratings. A fourth season has been confirmed, which will premiere on June 23rd, 2014. The series has received a generally positive response from critics   more
4 votes
0 comments
Teen Wolf - Voter Comments
No Comments
Vote & Comment
2

Wolf Lake is an American television series that originally aired on CBS. Wolf Lake follows a pack of werewolves living in a Seattle suburb. The first 5 episodes aired on CBS, but due to low ratings CBS cancelled it. A total of nine aired episodes an... d a non-aired pilot were made before the show was cancelled. UPN acquired the rights and re-aired the entire show. ITV bought the rights to show the series in the United Kingdom and the SCI FI Channel bought the rights to show the series in the United States. Ran Galor's song "Quiet the Night" was the theme song. There was an unaired pilot to the series that would have taken the storyline in a very different direction.Wolf Lake: The Complete Series is available on DVD   more
0 votes
0 comments
Wolf Lake - Voter Comments
No Comments
Vote & Comment
No comments yet.
Leave a comment...
(Maximum 900 words)
Privacy Policy | Terms of Use
Sitemap | View Desktop Version
©2021 Debate.org. All rights reserved.