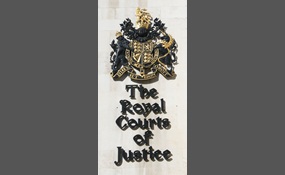 The English Criminal Justice System is broken and is in need of mass reform.

Just to clarify, the English Criminal Justice System applies (mostly only) to the constituent countries of England and Wales of the United Kingdom, and not to Scotland and Northern Ireland.

Nearly ever aspect of English Criminal Law has been criticised and many offences in criminal law are dependant upon the ancient Offences Against the Person Act 1861. The law on Murder itself is purely common law. Many criminal offences use old outda... ted language, are hard to understand, work in an unjust matter not matching the mental element to the crime, have poor sentencing, punish the innocent and offer great injustice. To give an example, is how flawed some law has been, rape within marriage was technically legal in England and Wales until 1991   more
2 votes
1 comment
Yes it is. - Voter Comments

Zylorarchy says2014-05-04T06:41:37.1600235-05:00
Report Post
As a Law student, I know that there are many faults in English law, and that much of criminal law is dependent upon ancient statutes which merely codified even more ancient common law decisions. It is pretty hard to argue with the fact that, as of current, many English criminal offences... are simply not just.
Vote & Comment
2

Despite the criticisms of the system, it fundamentally works and the guilty are typically punished. The streets are not full of criminals and crime is lower than it was than in the 20th century. Parliament has more important things to attend to rath... er than the English Justice System   more
1 vote
0 comments
No it is not. - Voter Comments
No Comments
Vote & Comment
Leave a comment...
(Maximum 900 words)