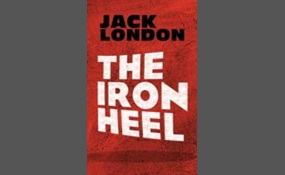 The Iron Heel or Atlas Shrugged?

Atlas Shrugged is a 1957 novel by Ayn Rand. Rand's fourth and last novel, it was also her longest, and the one she considered to be her magnum opus in the realm of fiction writing. Atlas Shrugged includes elements of science fiction, mystery, and ro... mance, and it contains Rand's most extensive statement of Objectivism in any of her works of fiction.The book explores a dystopian, increasingly socialist, post-economic collapse United States where many of society's most prominent and successful industrialists begin to disappear, abandoning their empires in response to aggressive new regulations. Without their support, many of the country's vital industries begin to collapse. The title is a reference to Atlas, a Titan of Ancient Greek mythology, described in the novel as "the giant who holds the world on his shoulders", although in Greek mythology he holds the sky, not the earth. The significance of this reference is seen in a conversation between the characters Francisco d'Anconia and Hank Rearden, in which d'Anconia asks Rearden what sort of advice he would give Atlas upon seeing that "the greater [the titan's] effort, the heavier the world bore down on his shoulders". With Rearden unable to answer, d'Anconia gives his own response: "To shrug"   more
5 votes
1 comment
Atlas Shrugged - Voter Comments

The Iron Heel is a dystopian novel by American writer Jack London, first published in 1908.Generally considered to be "the earliest of the modern Dystopian", it chronicles the rise of an oligarchic tyranny in the United States. It is arguably the no... vel in which Jack London's socialist views are most explicitly on display. A forerunner of soft science fiction novels and stories of the 1960s and '70s, the book stresses future changes in society and politics while paying much less attention to technological changes.The book is unusual among London's writings in being a first-person narrative of a woman protagonist written by a man. Much of the narrative is set in the San Francisco Bay Area, including events in San Francisco and Sonoma County   more
3 votes
2 comments
The Iron Heel - Voter Comments