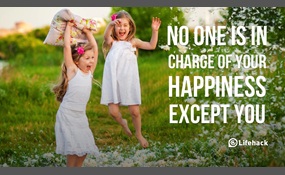 Things that make you happy!

<3 Add answers and vote for which things make you most happy! The goal is to get atleast 40 answers down here. I'll get you started here <3

Hearing that someone spoke well of me

Going to a country/vacation home.

Drinking alcohol while playing a perfect night of warframe

Listening to music and knowing every song

The smell of rain on pavement

Getting a medal and then giving it to someone else

Receiving mail that isn't a bill

Taking a perfect, commercial-fit bite into a burger, orio or Reeses

Keeping a journal up to date for more than a week

Going a whole year without getting sick on a holiday

The sound of flip-flops smacking your feet

Buying a new pair of pants

Having a movie marathon

Successfully finishing the reading of a book over 200 pages long

Doing a hard days work and getting paid exactly what you earned, no more, no less

0 votes
0 comments
Doing a hard days work and getting paid exactly what you earned, no more, no less - Voter Comments
No Comments
Vote & Comment
37

Sleeping for a long 12 hours and waking up to sunshine, enthusiasm, and happiness

0 votes
0 comments
Sleeping for a long 12 hours and waking up to sunshine, enthusiasm, and happiness - Voter Comments
No Comments
Vote & Comment
38

Making up nicknames for strangers

Pink Flamingos is a 1972 American transgressive black comedy exploitation film written, produced, composed, shot, edited, and directed by John Waters. When the film was initially released, it caused a huge degree of controversy due to the wide range...  of perverse acts performed in explicit detail. It has since become one of the most notorious films ever made and made an underground star of the flamboyant drag queen actor Divine. The film co-stars David Lochary, Mary Vivian Pearce, Mink Stole, Danny Mills, Cookie Mueller, and Edith Massey.Produced on a budget of only $10,000, it was mostly shot on weekends in Phoenix, a suburb of Baltimore, Maryland. After screenings at universities across the U.S. including Harvard College in 1973, the film was distributed theatrically by Saliva Films, and later by New Line Cinema and became a nationally known film.Since its release it has had a rather devoted cult following and is one of Waters' most iconic films. In 1997, for the 25th anniversary of the 1972 premiere, the film was re-released   more
0 votes
0 comments
Pink Flamingos - Voter Comments
No Comments
Vote & Comment
40

Walking around wearing a tutu skirt and combat boots

Peeling a clementine in one peel