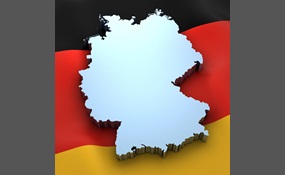 Was germany the cause of both world wars?

In my oppinion Germany was converted to do evil and they never mean't to do harm, If your creating an answer please have it toward the topic.

They were a significant cause of both world wars, but they were not the only cause.

WW1 had many causes that forced it to happen, Germany was only one of the causes. As for WW2, it was preventable, if germany didn't go into ruins after WW1 Hitler would not have got into power, and if Chamberlain wasn't blinded by his view of worl... d peace, it would have been stopped before it became a world war   more
15 votes
3 comments
They were a significant cause of both world wars, but they were not the only cause. - Voter Comments

jtrrs0 says2015-04-28T09:04:30.7887492-05:00
Report Post
Germany provoked the west on both occasions, specially the latter. They were not the only cause, WW1 could have been averted if the assassination hadn't happened, and European diplomats had been given more time. And Chamberlain allowed Hitler to arm back up, so he also is partly guilty.

Hitler had converted Germany and therefore its germany's fault that they where converted to do evil.(standard argument)
7 votes
3 comments
Only WW2 - Voter Comments

dbushwacker says2015-04-28T09:30:34.8558804-05:00
Report Post
Germany may have prolonged the 1st World War, but it had not been the cause. Austria-Hungary escalated that war with the assassination of Ferdinand to justify its invasion of the Balkans, but the Tsar of Russia had promised to protect the region (namely Serbia in the event of an attack). Austria-Hungary was then forced into a war with Russia and desperately requiring aid they called on their closest ally Germany, whom I say again did not cause the war. It wasn't till Hitler in WW2 that the Germans actually caused the war.

Yes germany was the cause of both

They where both two weak to speak for themselves and instead where lead by horrible people such as hitler with the holocaust and kaiser with the gas bombs.(standard argument)
2 votes
1 comment
Yes germany was the cause of both - Voter Comments

imabench says2015-04-27T23:11:23.4230761-05:00
Report Post
The first world war took place with the assassination of someone outside of Germany, but Germany took action immediately after the event to purposefully provoke a conflict that led to the outbreak of WWI.
Vote & Comment
4

None, it was an assasin for ww1 and England and France for ww2

2 votes
0 comments
None, it was an assasin for ww1 and England and France for ww2 - Voter Comments
No Comments
Vote & Comment
5

None they infact where peaceful and converted by powerful leaders

Kaiser converted Germany to repent agasnt the assassination and think the british,Belgians, and russia have teamed up to kill a world leader(standard argument)
0 votes
0 comments
Only WW1 - Voter Comments
No Comments
Vote & Comment
7

No: WWI and WWII were caused by alliances and economic strife

Germany was pulled into the War by his alliance with Austria-Hungary when they were threatened by Russia, who was an ally to Serbia. WWII was caused by economic strife after Germany was forced to pay a $30 Billion debt he couldn't fully pay.
0 votes
0 comments
No: WWI and WWII were caused by alliances and economic strife - Voter Comments
No Comments
Vote & Comment
Leave a comment...
(Maximum 900 words)

MizuneKurosaki13 says2015-10-26T00:48:58.5485576Z
Report Post
I don't really agree with any of these reasons. I think the chain of alliances was something very key to how World War I started, and the leave of Austria-Hungary in World War I as well as Italy was also key to how World War II started in the first place.
Privacy Policy | Terms of Use
Sitemap | View Desktop Version
©2020 Debate.org. All rights reserved.