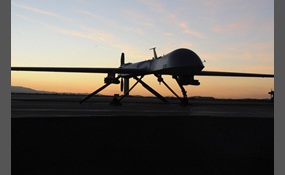 We have been in Wars in Afghanistan and Iraq. Do you know anyone from those countries?

I had a discussion the other day and the person I spoke with hated foreigners. When I asked him if he ever actually met a foreigner, he said no. It amazes me how many Americans literally have no idea about the rest of the world. Many people hate people they never met or broke bread with.

Yes, I have met the people we go to war with.

6 votes
3 comments
Yes, I have met the people we go to war with. - Voter Comments

Rhodesia79 says2014-07-11T21:29:39.1445987-05:00
Report Post
Well I haven't met anyone from Iraq or Afghanistan like the main question asked, but I have met citizens from Vietnam and China (not the old woman at the Chinese restaurant down the street) they are all international students at my school. I say China because we fought them in the Korean War, but no one remembers what happened in that war. I guess that's why they call it the forgotten war. And Vietnam, well I don't have to explain that. They all are communists and hate the US. That's why I wish we pushed on towards to Beijing in the 50's bringing an end to Red China and invaded North Vietnam in the 70's to unite a non-communist Vietnam. We also would have never had to deal with North Korea as well.

No, I have never met a person from a country we went to war with.

5 votes
2 comments
No, I have never met a person from a country we went to war with. - Voter Comments