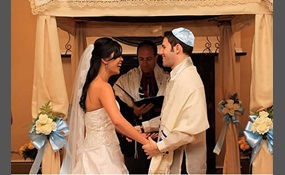 We should seperate talented students from the other students

Gifted education is a broad term for special practices, procedures, and theories used in the education of children who have been identified as gifted or talented. There is no standard global definition of what a gifted student is.In 2011, the Nation... al Association for Gifted Children published a position paper that defined what a gifted student is. The term "gifted," in that position paper, describes individuals who demonstrate outstanding aptitude or competence in one or more domains. An "aptitude" is there defined as an exceptional ability to learn or reason. "Competence" is defined as documented performance or achievement in the top 10 percent of the population   more
11 votes
2 comments
Gifted education - Voter Comments

The University of Oxford is a collegiate research university located in Oxford, England. While having no known date of foundation, there is evidence of teaching as far back as 1096, making it the oldest university in the English-speaking world, and ... the world's second-oldest surviving university. It grew rapidly from 1167 when Henry II banned English students from attending the University of Paris. After disputes between students and Oxford townsfolk in 1209, some academics fled northeast to Cambridge, where they established what became the University of Cambridge. The two "ancient universities" are frequently jointly referred to as "Oxbridge".The University is made up from a variety of institutions, including 38 constituent colleges and a full range of academic departments which are organised into four Divisions. All the colleges are self-governing institutions as part of the University, each controlling its own membership and with its own internal structure and activities. Being a city university, it does not have a main campus; instead, all the buildings and facilities are scattered throughout the metropolitan centre   more
0 votes
0 comments
Special student - Voter Comments
No Comments
Vote & Comment
Leave a comment...
(Maximum 900 words)

AJRoss says2014-07-10T22:14:48.4615973-05:00
Report Post
Your poll is too broad. There are different kinds of talents and different levels of talents. If you're referring to genius level talent, than maybe in some classes but not others, kids need to interact with people of different talents and people who are not as smart/ talented as they are if they are to function with those people in the workforce.

SweetTea says2014-07-13T16:30:42.5715827-05:00
Report Post
I don't think separation, from the norm, helps either group (Special Needs or Gifted). It labels them, by their peers. The Gifted are seen as nerds. The Special Needs students are seen as ignorant. Both get shunned, by the majority, because they are different.