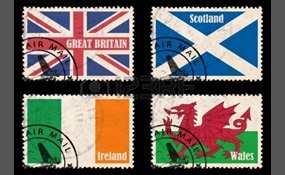 What country in the UK and Ireland has the best national anthem?

Listen to the national after description

Flower of Scotland is a Scottish song, used frequently at special occasions and sporting events. Although there is no official national anthem of Scotland, Flower of Scotland is one of a number of songs which unofficially fulfil this role, along wit... h the older Scots Wha Hae, Scotland the Brave and the more recent Highland Cathedral. It was written by Roy Williamson of the folk group The Corries, and presented in 1967, and refers to the victory of the Scots, led by Robert the Bruce, over England's Edward II at the Battle of Bannockburn in 1314. http://www.youtube.com/watch?v=zJ5fLBEpKo   more
3 votes
0 comments
Flower of Scotland - Voter Comments
No Comments
Vote & Comment
2

God Save the Queen

"God Save The Queen" is an anthem used in a number of Commonwealth realms, their territories, and the British Crown Dependencies. The words and title are adapted to the gender of the current monarch, i.e. replacing "Queen" with "King", "she" with "h... e", and so forth, when a king reigns. The author of the tune is unknown, and it may originate in plainchant, but a 1619 attribution to John Bull is sometimes made."God Save The King" is the de facto British national anthem and also has this role in some British territories. It is one of two national anthems for New Zealand and for several of Britain's territories that have their own additional local anthem. It is the royal anthem of Australia, Canada, Barbados and Tuvalu. In countries not previously part of the British Empire, the tune of "God Save The Queen" has provided the basis for various patriotic songs, though still generally connected with royal ceremony. In the United States, the British anthem's melody is used for the patriotic "My Country, 'Tis of Thee".Http://www.Youtube.Com/watch?V=PtDs9CzbI5   more
3 votes
0 comments
God Save the Queen - Voter Comments
No Comments
Vote & Comment
3

"Amhrán na bhFiann", originally composed in English as "The Soldiers' Song", is the Irish national anthem. The music was composed by Peadar Kearney and Patrick Heeney, the original English lyrics by Kearney, and the Irish language translation by Lia... m Ó Rinn. The song has three verses, but only the choral refrain was officially designated the national anthem.The Presidential Salute, played when the President of Ireland arrives at an official engagement, consists of the first four bars of the national anthem immediately followed by the last five.Http://www.Youtube.Com/watch?V=QV7lGmgFovM (gaelic) http://www.youtube.com/watch?v=ZKVfLJcZR-8 (english   more
2 votes
0 comments
Amhrán na bhFiann - Voter Comments
No Comments
Vote & Comment
4

Hen Wlad Fy Nhadau is the national anthem of Wales. The title – taken from the first words of the song – means "Old Land of My Fathers" in Welsh, usually rendered in English as simply "Land of My Fathers". The words were written by Evan James and th... e tune composed by his son, James James, both residents of Pontypridd, Glamorgan, in January 1856. The earliest written copy survives and is part of the collections of the National Library of Wales. http://www.youtube.com/watch?v=0LFxK003nl   more
1 vote
0 comments
Hen Wlad Fy Nhadau - Voter Comments
No Comments
Vote & Comment
Leave a comment...
(Maximum 900 words)