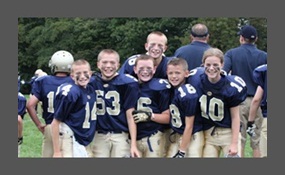 What do you think about girls playing on boys sports teams?

MikeMilner7 says2014-06-10T12:05:55.8482874-05:00
Report Post
I don't see anything wrong with a girl trying out for a guys team, but she has to be prepared to be treated like a guy in contact sports. She has to be prepared to be hit as if she was a guy. When it comes down to it men are more physically gifted then women, we are bigger and stronger by nature. We had a girl tryout for our high school football team a few years back, there was nothing wrong with that, but she didn't last half a practice before we had to call an ambulance for a severe concussion. She wasn't targeted or anything just a normal football hit that she couldn't take. If they can take the hit sure go for it but don't if you cant handle the contact.
Vote & Comment
2

JDahl97 says2014-04-18T13:16:32.6252853-05:00
Report Post
My reason for picking ''not all'' is pretty simple. If there were combined sports teams consisting of females and males, and which in order to get on, one had to tryout, not everyone would get a chance. It is hard enough to get ahead in a sport without a whole other sex competing for the same spots. What I would like to see however is a girls, boys, and coed team. This however would be very hard to do because of funding, and the amount of people needed.
Vote & Comment
3

Association football, commonly known as football or soccer, is a sport played between two teams of eleven players with a spherical ball. It is played by 250 million players in over 200 countries, making it the world's most popular sport. The game is...  played on a rectangular field with a goal at each end. The object of the game is to score by using any part of the body besides the arms and hands to get the football into the opposing goal.The goalkeepers are the only players allowed to touch the ball with their hands or arms while it is in play and then only in their penalty area. Outfield players mostly use their feet to strike or pass the ball, but may use their head or torso to strike the ball instead. The team that scores the most goals by the end of the match wins. If the score is tied at the end of the game, either a draw is declared or the game goes into extra time and/or a penalty shootout depending on the format of the competition. The Laws of the Game were originally codified in England by The Football Association in 1863. Association football is governed internationally by the International Federation of Association Football which organises a World Cup every four years   more
1 vote
1 comment
Football - Voter Comments

American football is a sport played by two teams of eleven players on a rectangular field 120 yards long by 53.33 yards wide with goalposts at each end. The offense attempts to advance an oval ball down the field by running with or passing it. They ... must advance it at least ten yards in four downs to receive a new set of four downs and continue the drive; if not, they turn over the football to the opposing team. Most points are scored by advancing the ball into the opposing team's end zone for a touchdown or kicking the ball through the opponent's goalposts for a field goal. The team with the most points at the end of a game wins.American football evolved in the United States, originating from the sport of rugby football. The first game of American football was played on November 6, 1869, between two college teams, Rutgers and Princeton, under rules resembling rugby and soccer. A set of rule changes drawn up from 1880 onward by Walter Camp, the "Father of American Football", established the snap, eleven-player teams and the concept of downs, and later rule changes legalized the forward pass, created the neutral zone and specified the size and shape of the football   more
0 votes
0 comments
American football - Voter Comments
No Comments
Vote & Comment
Leave a comment...
(Maximum 900 words)