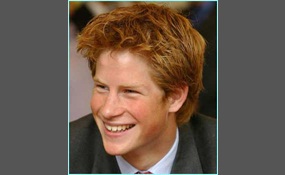 What do you think about the story of the Ginger white supremacist who wanted to kill Prince Charles so that the Pince Harry would become king?

Mark Colborne wanted to assassinate Prince Charles and William so Harry could become king. He wanted to do this because he felt gingers were a discriminated minority. He hates 'non-Aryans', blacks and black-haired Caucasians (like Hitler!) and wanted to poison ethnic minorities with cyanide.

I think he has mental issues

I think this demonstrates that gingers, indeed have no souls

0 votes
0 comments
I think this demonstrates that gingers, indeed have no souls - Voter Comments
No Comments
Vote & Comment
4

He should be imprisoned for planning royal assasination.

If thats a thing he should be. No mental institution. If he had the mental capacity to plan such a thing, he is a fully capable of taking the consequences. He needs to go to Prison.
0 votes
0 comments
He should be imprisoned for planning royal assasination. - Voter Comments
No Comments
Vote & Comment
Leave a comment...
(Maximum 900 words)

tommytom says2015-05-16T16:52:21.5662415-05:00
Report Post
As a proud ginger, I'm going to be seriously offended if options like "eliminating gingers from our society" are voted for, even if y'all are joking, it's not that funny to us. I was not aware of this plot; however, from reading, it seems like this guy had mental issues, and I hope he can get help for that.