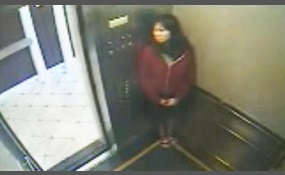 What do you think happened to elisa lam?

Mister_Man says2015-10-09T02:53:11.5646145Z
Report Post
Judging by the video, she seemed to be trying to avoid someone/something. If the cause of death was drowning, she wouldn't have been able to get up there and unhook everything and drown herself before anyone else reacted. My estimation is she was killed by someone who either works or worked in the building.

porcupinesRcool says2015-10-09T04:34:45.8801364Z
Report Post
She was acting strange and even with all of the evidence there is a lot supporting that she couldn't have done everything herself. I do not want to believe it is a ghost but there have been multiple unexplained happenings at that specific hotel. I hope that in her last minutes, she didn't suffer. The video freaked me out too much. Why didn't the doors close?
Vote & Comment
2

An accident or a mishap is an incidental and unplanned event or circumstance, often with lack of intention or necessity. It usually implies a generally negative outcome which might have been avoided or prevented had circumstances leading up to the a... ccident been recognized, and acted upon, prior to its occurrence. Injury prevention refers to activities designed to foresee and avoid accidents.Accidents of particularly common types are investigated to identify how to avoid them in the future. This is sometimes called root cause analysis, but does not generally apply to accidents that cannot be deterministically predicted. A root cause of an uncommon and purely random accident may never be identified, and thus future similar accidents remain "accidental.   more
1 vote
0 comments
Accident - Voter Comments
No Comments
Vote & Comment
Leave a comment...
(Maximum 900 words)

dietorangesoda says2015-10-09T02:33:42.5217079Z
Report Post
Heres a video i found explaining some theories behind her death https://www.youtube.com/watch?v=OIgfrxSdUEE

porcupinesRcool says2015-10-10T00:13:43.8351618Z
Report Post
She didnt have autism but she did have other mental problems like bipolar, she had apparently stopped taking her meds, still some of the stories are very creepy. She did write against gov. agency and invisible clothing so some suspect that is why she was killed

briantheliberal says2015-10-10T06:22:22.2349837Z
Report Post
At first I thought it was a suicide, then I realized that all the evidence points to murder, especially since she was acting very strange in the video, as if she were avoiding someone (or something) threatening.

dietorangesoda says2015-10-10T07:13:25.5143482Z
Report Post
Honestly to me it looks like a psychotic break we know she was bi polar so she might have been hallucinating those hand movements certainly point to that and somehow ended up in the water tank i don't believe it was murder however i don't believe it was suicide either or i guess maybe mentally ill suicide
Privacy Policy | Terms of Use
Sitemap | View Desktop Version
©2021 Debate.org. All rights reserved.