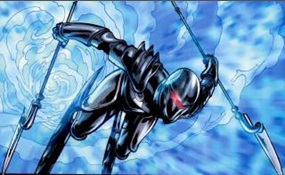 What do you think will happen when you die?

I didn't know what category to put this in.

I will go to Heaven

4 votes
1 comment
I will go to Heaven - Voter Comments

51siseneg says2015-06-09T11:15:29.7595350-05:00
Report Post
Many Christians and some good people from other sane religions can go to heaven. Anti-theists, anot so great people and whatever go to a layer underneath that. People like homosexuals, muslims and catholics go to hell for trying to create hell on earth
Vote & Comment
3

I will go to Hell.

1 vote
1 comment
I will go to Hell. - Voter Comments

I will experience Eternity of dreamless sleep.

dmiller728 says2015-10-27T01:05:12.6656974Z
Report Post
This is option is what I believe if it is being used as a metaphor. I believe that my consciousness will cease to exist when the neurons in my central nervous system stop firing and all of the energy leaves my body as it disperses out into the environment around me.
Vote & Comment
5

I Wonder If Heaven Got a Ghetto

Heaven, the heavens or seven heavens, is a common religious, cosmological, or transcendent place where heavenly beings such as gods, angels, jinn, saints, or venerated ancestors originate, are enthroned, or live. It is commonly believed that heavenl... y beings can descend to earth or incarnate and that earthly beings can ascend to heaven in the afterlife or in exceptional cases, enter heaven alive.Heaven is often described as a "higher place", the holiest place, a Paradise, in contrast to Hell or the Underworld or the "low places", and universally or conditionally accessible by earthly beings according to various standards of divinity, goodness, piety, faith, or other virtues or right beliefs or simply the will of God. Some believe in the possibility of a heaven on earth in a World to Come.Another belief is in an axis mundi or world tree which connects the heavens, the world, and the underworld. In Indian religions, heaven is considered as Svarga loka, and the soul is again subjected to rebirth in different living forms according to its karma. This cycle can be broken after a soul achieves Moksha or Nirvana   more
0 votes
0 comments
I Wonder If Heaven Got a Ghetto - Voter Comments
No Comments
Vote & Comment
6

Hellraiser is a 1987 British horror film written and directed by Clive Barker, based upon his own novella The Hellbound Heart. The film spawned a series of sequels.
0 votes
0 comments
Hellraiser - Voter Comments
No Comments
Vote & Comment
Leave a comment...
(Maximum 900 words)

ClashnBoom says2015-06-09T07:48:36.1277540-05:00
Report Post
Ignore the Hellraiser answer that was an accident because this dumb mobile update was throwing suggestions everywhere so I accidently pressed one.