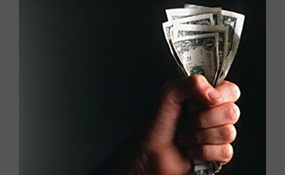 What economic system do you think is best?

The listed economic systems are the only possible choices. The reason being because whatever system you may be thinking of will fall into one of the categories. Trade is not taken into account here.

Laissez-faire is an economic environment in which transactions between private parties are free from government restrictions, tariffs, and subsidies, with only enough regulations to protect property rights. The phrase laissez-faire is French and l... iterally means "let [them] do," but it broadly implies "let it be," "let them do as they will," or "leave it alone." Laissez-faire, a product of the Enlightenment, was "conceived as the way to unleash human potential through the restoration of a natural system, a system unhindered by the restrictions of government." In a similar vein, Adam Smith viewed the economy as a natural system and the market as an organic part of that system. Smith saw laissez-faire as a moral program, and the market its instrument to ensure men the rights of natural law. By extension, free markets become a reflection of the natural system of liberty. "For Smith, laissez-faire was a program for the abolition of laws constraining the market, a program for the restoration of order and for the activation of potential growth.   more
7 votes
2 comments
Laissez Faire - Voter Comments

YellowPandaBear says2014-08-17T18:17:38.7289530-05:00
Report Post
Laissez-faire necessitates the end of government because the government cannot completely divorce itself from the economy as long as it governs. "Why?" you may ask. Because in order for government to continue, it must tax which, even if the rates are unbelievably low, still interferes in economic affairs as can be seen by the effect of tax changes in Reaganomics and Thatcherism on the economies of the US and UK during the 80s.

A mixed economy is commonly defined as an economic system in which both the private sector and state direct the economy, reflecting characteristics of both market economies and planned economies. Most mixed economies can be described as market econo... mies with strong regulatory oversight and governmental provision of public goods. Some mixed economies also feature a variety of state-run enterprises.In general the mixed economy is characterised by the private ownership of the means of production, the dominance of markets for economic coordination, with profit-seeking enterprise and the accumulation of capital remaining the fundamental driving force behind economic activity. But unlike a free-market economy, the government would wield indirect macroeconomic influence over the economy through fiscal and monetary policies designed to counteract economic downturns and capitalism's tendency toward financial crises and unemployment, along with playing a role in interventions that promote social welfare. Subsequently, some mixed economies have expanded in scope to include a role for indicative economic planning and/or large public enterprise sectors   more
3 votes
0 comments
Mixed economy - Voter Comments
No Comments
Vote & Comment
3

A planned economy is the economic system in which decisions regarding production and investment are embodied in a plan formulated by a central authority, usually by a public body such as a government agency. Thus it may be termed a "command economy"... . Although a planned economy may be based on either centralized or decentralized forms of economic planning, it usually refers to a centrally planned economy. Central planning aims to improve productivity and coordination by enabling planners to take advantage of better information achieved through the consolidation of economic resources when making decisions regarding investment and the allocation of economic inputs.Planned economies are usually categorized as a particular variant of socialism, and have historically been supported by and implemented by Marxist-Leninist socialist states   more
3 votes
1 comment
Planned economy - Voter Comments

State capitalism is usually described as an economic system in which commercial economic activity is undertaken by the state, with management and organization of the means of production in a capitalist manner, including the system of wage labor and ... centralized management. This designation applies to economies regardless of the political aims of the state, even if the state is nominally socialist. State capitalism is characterized by the dominance of state-owned business enterprises in the economy. Examples of state capitalism include corporatized government agencies and states that own controlling shares of publicly listed corporations. State capitalism is usually used as criticism of states that named themselves socialist; for instance, someone could argue that the Soviet Union did not establish socialism, but rather established state capitalism.State capitalism has also come to refer to an economic system where the means of production are owned privately but the state has considerable control over the allocation of credit and investment, as in the case of France during the period of dirigisme   more
1 vote
0 comments
State capitalism - Voter Comments
No Comments
Vote & Comment
6

A Market economy is an economy in which decisions regarding investment, production and distribution are based on supply and demand, and prices of goods and services are determined in a free price system. The major defining characteristic of a market...  economy is that decisions on investment and the allocation of producer goods are mainly made through markets. This is contrasted with a planned economy, where investment and production decisions are embodied in a plan of production.Market economies can range from hypothetical laissez-faire and free market variants to regulated markets and interventionist variants. In reality market economies do not exist in pure form, since societies and governments regulate them to varying degrees. Most existing market economies include a degree of economic planning or state-directed activity, and are thus classified as mixed economies. The term free-market economy is sometimes used synonymously with market economy, but it may also refer to laissez-faire or Free-market anarchism   more
1 vote
0 comments
Market economy - Voter Comments
No Comments
Vote & Comment
7

Economic interventionism (sometimes state interventionism) is an economic policy perspective that advocates for government intervention in the market process to correct market failures in the public interest. An economic intervention is any action t... aken by a government or international institution in a market economy in an effort to impact the economy beyond the basic regulation of fraud and enforcement of contracts and provision of public goods. Economic intervention can be aimed at a variety of political or economic objectives, such as promoting economic growth, increasing employment, raising wages, raising or reducing prices, promoting income equality, managing the money supply and interest rates, increasing profits, or addressing market failures. The term intervention assumes on a philosophical level that the state and economy should be inherently separated from each other;[4] therefore the terminology applies to capitalist market-based economies where government action interrupts the market forces at play through regulations, economic policies or subsidies (however state-owned enterprises that operate in the market do not constitute an intervention). The term "intervention" is typically used by advocates of laissez-faire and free markets. Capitalist market economies that feature high degrees of state intervention are often referred to as mixed economies   more
0 votes
0 comments
State Interventionism - Voter Comments
No Comments
Vote & Comment
No comments yet.
Leave a comment...
(Maximum 900 words)
Privacy Policy | Terms of Use
Sitemap | View Desktop Version
©2021 Debate.org. All rights reserved.