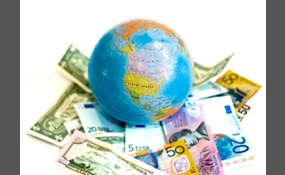 What Form of Economics Should the USA Use?

The Keynesian School of Economics

The Keynesian School of economics was proposed in the 20th century by Keynes. This form of economics involves some government control over the economy in the form of subsidies, regulations, and governmental spending. The idea of Keynesian economics ... is, particularly during a downturn of the economy, the government should spend money to boost aggregate demand, and creating more jobs to help the economy. It does this by using high taxes to subsidize companies within the private sector, and then to spend its own money on public sector jobs. The government then also uses different forms of regulation to help the keep customers safe, and to help the economy grow. Keynesian economics is often confused with the idea of full governmental control over the economy, otherwise known as Socialism or Communism. The key difference between Keynesian Economics and Socialism/Communism is that instead of taking full control over the private sector, as is done in Socialism and Communism, the government spends money and creates legislation to regulate the private sector. While governmental influence still plays a part in the economy, privately owned businesses still exist and play an enormous role in shaping the economy. This form of economics is supported primarily by liberals, and in particular the Democratic party of the United States of America   more
5 votes
1 comment
The Keynesian School of Economics - Voter Comments

campbellp10 says2014-06-27T20:40:56.9292656-05:00
Report Post
I'm talking the TRUE economics of Keynes which stated that economies should spend during recession and save during expansion. Often Keynes is associated with SPEND SPEND SPEND but this is a misunderstanding of Keynes' true work.
Vote & Comment
2

Mixed economies incorporate parts of a variety of economic theories to create their own economic system. Many governments in the modern world use these mixed economies. The United States, for one, uses a mixture of Austrian and Keynesian economics t... hat allows for subsidies, regulation, and a relatively free market. Countries across the world use these mixtures in order to form economies that best fit them, their people, their cultures, and their beliefs for what will allow the economy to grow the fastest   more
4 votes
1 comment
A Mixed Economy (Please Explain) - Voter Comments

Seido says2014-06-19T15:45:45.2765061-05:00
Report Post
I personally believe in a mixed economy. I believe subsidies should be used sparingly, regulations should be used frequently, taxes should be relatively high, and the government should use its money to create build infrastructure, fund the sciences, and create jobs in the process. This all can, of course, be adjusted if the economy crashes to help bring the economy back up.
Vote & Comment
3

The Austrian School of Economics

The Austrian School of Economics was proposed in multiple different forms throughout America's history by such economics as Adam Smith, H.A. Hayek, and Milton Friedman. This form of economics involves no governmental control over the economy. It is ... uses a completely free market, low taxes, little or no regulation over the private sector, and little governmental spending. Supporters of this form of economics argue that any governmental interference on the economy creates distortions in the free market and bubbles in the economy that will inevitably burst, resulting in greater loss in the economy than what was gained. This form of economics is supported primarily be conservatives, and in particular, Republicans and Libertarians within the United States of America   more
3 votes
1 comment
The Austrian School of Economics - Voter Comments