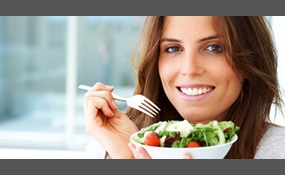 What gender do you prefer?

Would you rather be a guy, girl or transgender?

A male organism is the physiological sex which produces sperm. Each spermatozoon can fuse with a larger female gamete, or ovum, in the process of fertilization. A male cannot reproduce sexually without access to at least one ovum from a female, but ... some organisms can reproduce both sexually and asexually. Most male mammals, including male humans, have a Y chromosome, which codes for the production of larger amounts of testosterone to develop male reproductive organs.Not all species share a common sex-determination system. In most animals, including humans, sex is determined genetically, but in some species it can be determined due to social, environmental or other factors. For example,Cymothoa exigua changes sex depending on the number of females present in the vicinity   more
12 votes
4 comments
Male - Voter Comments

Female (♀) is the sex of an organism, or a part of an organism, which produces ova (egg cells). The ova are defined as the larger gametes in a heterogamous reproduction system, while the smaller, usually motile gamete, the spermatozoon, is produced ... by the male. A female individual cannot reproduce sexually without access to the gametes of a male (an exception is parthenogenesis). Some organisms can reproduce both sexually and asexually   more
1 vote
0 comments
Female - Voter Comments
No Comments
Vote & Comment
3
VOTING CLOSED

Transgender is the state of one's gender identity or gender expression not matching one's assigned sex. Transgender is independent of sexual orientation; transgender people may identify as heterosexual, homosexual, bisexual, etc; some may consider c... onventional sexual orientation labels inadequate or inapplicable to them. The definition of transgender includes:"Of, relating to, or designating a person whose identity does not conform unambiguously to conventional notions of male or female gender roles, but combines or moves between these.""People who were assigned a sex, usually at birth and based on their genitals, but who feel that this is a false or incomplete description of themselves.""Non-identification with, or non-presentation as, the sex one was assigned at birth."A transgender individual may have characteristics that are normally associated with a particular gender and identify elsewhere on the traditional gender continuum, or exist outside of it as other, agender, gender-neutral, genderqueer, non-binary, third gender, etc   more
1 vote
0 comments
Transgender - Voter Comments
No Comments
Vote & Comment
Leave a comment...
(Maximum 900 words)

Vox_Veritas says2014-10-26T22:38:49.9845435-05:00
Report Post
I'm sorry, but there are only four genders (which are the same thing as sexes). 1. Male 2. Female 3. Hermaphrodite 4. Eunuch I will not deny that people who experience gender dysphoria may have a very real desire to become the opposite gender and they may be genuinely repulsed by what they are, but these desires don't change anything. Even among options 3 and 4, having both male and female sexual organs is extremely rare (as far as I know), and very few people these days experience castration at any point in their lives.

Vox_Veritas says2014-10-26T22:41:06.7688507-05:00
Report Post
Bottom line: the vast majority of people are either male or female. Even among eunuchs and hermaphrodites, they can still be defined as primarily one of the two, as probably the only thing about their physiology that is not clear cut male or female is their sexual organs.

intellectuallyprimitive says2014-10-27T03:59:13.9362527-05:00
Report Post
Sexually I prefer a woman, exclusively to that of a carnal nature, however as it pertains to companionship, working with, living with, exchanging dialogue in regards to work or life with, exercising with, participating in sports with, venturing to the bars with, and vacationing with, I prefer men.