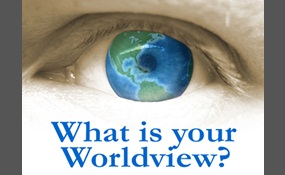 What idealogy/religion/worldview do you adhere to?

SweetTea says2014-07-26T12:11:38.0597788-05:00
Report Post
Lutheran, by denomination. Christianity because I believe that God is real. I have had more than one life/death experience to strengthen my beliefs. I don't condemn the religious choices of others, but I do uphold my Savior and all He has done for me.

With the exception of the Mustaali and Nizari Ismaili, most of other Ismaili Shi'a Muslims believe in panentheism, meaning God is both reality and transcendent of it. While the figure of the Godhead is beyond this universe, the Godhead has created r... eality, which is the Imam himself. All living beings exist in this reality, and to understand the Imam is to understand reality and truth and thereby gain salvation   more
1 vote
1 comment
Panentheism - Voter Comments

yetifivepecks says2014-07-27T17:19:38.8902541-05:00
Report Post
I actually used to be a Christian, for about 10 years, and had a number of profound spiritual experiences. I was very certain that I was right, but I was afraid to question certain teachings in the Bible. I was actually so convinced, and Christianity was so much a part of my life that I was entering into seminary. Later, I allowed myself to question the teachings that bothered me. I went through a period where I spoke with my pastors, most of whom I still respect immensely. They were not able to satisfy me with their answers, not at all. Then, I began to study the great philosophers and different religious texts. I have come to my conclusions regarding Panentheism for many reasons. The two primary reasons are that I do believe in the validity of my past spiritual experiences, and the way in which all things are interdependent. Every action has an equal and opposite reaction. Our actions always affect another person in some way. I believe that everyone and everything is connected, and that nature is sacred. The difference between Panentheism and Pantheism is that Pantheism is the belief that the Universe is God. Panentheism is the belief that the Universe is a part of the Divine, but that there is a transcendent god or force.
Vote & Comment
9

Humanism is a philosophical and ethical stance that emphasizes the value and agency of human beings, individually and collectively, and generally prefers critical thinking and evidence over established doctrine or faith. The meaning of the term huma... nism has fluctuated, according to the successive intellectual movements which have identified with it. Generally, however, humanism refers to a perspective that affirms some notion of a "human nature".In modern times, humanist movements are typically aligned with secularism and with non-theistic religions. Historically however, this was not always the case   more
1 vote
1 comment
Humanism - Voter Comments

The Jedi are a monastic, spiritual, and academic organization in the fictional Star Wars universe. The fictional organization has inspired a religion in the real world, Jediism.As depicted in the franchise's canon, Jedi study, serve and utilize a my... stical power called the Force, in order to help and protect those in need. For many generations the Jedi served as a paramilitary for the Galactic Republic and the galaxy at large to prevent conflict and political instability including playing a leading role in the later Clone Wars.As sanctioned guardians of peace and justice in the galaxy, they mediated negotiations among planets and rival factions and, if necessary, use their formidable martial art skills, agility and wisdom to quickly end unrest or neutralize dangerous individuals or threats. The Jedi are governed by a Council, consisting of twelve of the wisest and most powerful "force-sensitive" members of the Jedi Order. They are bound to a code of ethics, morality, principles, honor and justice   more
1 vote
0 comments
Jedi - Voter Comments
No Comments
Vote & Comment
11

Confucianism, literally "The School of the Scholars," is a Chinese ethical and philosophical system originally developed from the teachings of the early Chinese sage Confucius. Confucianism is a complex system of moral, social, political, philosophi... cal, and religious thought which has had tremendous influence on the history of Chinese civilization up to the 21st century. Some people in the West have considered it to have been the "state religion" of Imperial China because of the Chinese government's promotion of Confucianist values   more
1 vote
0 comments
Confucianism - Voter Comments
No Comments
Vote & Comment
12

Church of the Flying Spaghetti Monster

Order of the Black Cross

Shinto, also kami-no-michi, is the indigenous religion of Japan and the people of Japan. It is defined as an action-centered religion, focused on ritual practices to be carried out diligently, to establish a connection between present-day Japan and ... its ancient past. Founded in 660 BC according to Japanese mythology, Shinto practices were first recorded and codified in the written historical records of the Kojiki and Nihon Shoki in the 8th century. Still, these earliest Japanese writings do not refer to a unified "Shinto religion", but rather to a collection of native beliefs and mythology. Shinto today is a term that applies to the religion of public shrines devoted to the worship of a multitude of gods, suited to various purposes such as war memorials and harvest festivals, and applies as well to various sectarian organizations. Practitioners express their diverse beliefs through a standard language and practice, adopting a similar style in dress and ritual, dating from around the time of the Nara and Heian periods   more
0 votes
0 comments
Shinto - Voter Comments
No Comments
Vote & Comment
23

yetifivepecks says2014-07-27T17:22:24.3556492-05:00
Report Post
It genuinely annoys me that even though I typed a custom description explaining what Panentheism actually is, it still posted that description of an EXAMPLE of Pantheism within Islam. I am far from being a Muslim, or anything else when it comes to organized religion, really.

Diqiucun_Cunmin says2014-07-30T10:05:23.8635909-05:00
Report Post
I get annoyed at the custom descriptions too. In another poll, they wrote, 'He (Confucius) championed strong family loyalty, ancestor worship, respect of elders by their children of husbands by their wives.' The last item makes him sound like a chauvinist. Confucius never, ever said that the positions of wives are lower than their husbands; that was Dong Zhongshu, who twisted Confucianism to make Emperor Wudi of Han like it. There's an apparently chauvinist line in the Analects, but that was taken out of context.

thehumanistpreacher says2014-07-30T17:45:19.5807953-05:00
Report Post
Am an adamant Atheist but the one selection that was missing was humanism which is the monopoly default of the modern atheist.

thehumanistpreacher says2014-08-01T16:05:50.6896288-05:00
Report Post
ChosenWolff, while you are right that humanism isn't a religion as it doesn't believe in any paranormal beliefs neither is atheism, agnosticism, fascism, Christian modernists, parts of Buddhism such as secular Buddhism, and surprisingly parts of Jewish orthodoxy who are self described atheists. Religion sometimes isn't black and white, some are cultural Christians with no belief in god or the supernatural and some have a devout faith in there ideology so where does devout belief end and religion begin. Or are they mutually exclusive?
Privacy Policy | Terms of Use
Sitemap | View Desktop Version
©2020 Debate.org. All rights reserved.