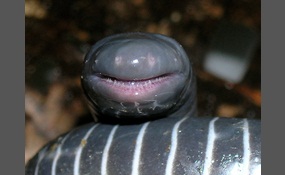 What impact did Islam leave on Middle Eastern history?

Ever since the rise of the Rashidun Caliphate in the 7th century Islam has had an influential role in Arabo-Persian culture, society and politics. The question comes now how was that impact on Middle Eastern history?

UtherPenguin says2015-04-12T18:46:00.0191348-05:00
Report Post
The companions of the Prophet refereed to Pre-Islamic Arabia as the "Age of Ignorance", it shows that the early followers of Islam willingly joined the religion and were not forced to. Arguably, Islam gave woman more rights and power in the Arabian peninsula then what power they had had prior to the coming of Islam.

58539672 says2015-04-12T20:16:08.9967140-05:00
Report Post
Islam is so ingrained on the history of the middle east, and the world that is is impossible to image what things would be like without it. When Rome fell, much of the ancient laws and teachings of Greece and other birthplaces of western democracy were lost with them. Only Islamic scholars kept accurate records of Greece and Roman culture, which would be needed to reintroduce western ideas to Europe. Advances in mathematics and science were developed by the Islamics along with a vibrant trading boom in the indian ocean. The Italians also started the Renaissance by amassing wealth and knowledge from their continued trade with the Ottoman Empire, which at the time was the center of the world. And the Portuguese became the first global empire because of their trading connections in Africa and the Indian ocean, all of which were dominated by Islamists. I may not agree with the religion in most categories, but their contributions to history should not be understated.
Vote & Comment
3