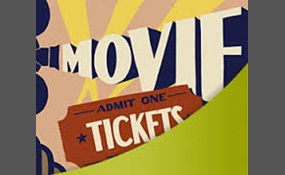 What is/are the best Christian movie(s)?

The Passion of the Christ

The Passion of the Christ is a 2004 American epic biblical drama film directed by Mel Gibson and starring Jim Caviezel as Jesus Christ. It depicts the Passion of Jesus largely according to the New Testament Gospels of Matthew, Mark, Luke and John. I... t also draws on pious accounts such as the Friday of Sorrows along with other devotional writings, such as those attributed to Blessed Anne Catherine Emmerich.The film covers primarily the final 12 hours of Jesus' life, beginning with the Agony in the Garden of Gethsemane, the insomnia and grievance of the Virgin Mary, but ending with a brief depiction of his resurrection. Flashbacks of Jesus as a child and as a young man with Mary his mother, giving the Sermon on the Mount, teaching the Twelve Apostles, and at the Last Supper are some of the images depicted. The dialogue is entirely in reconstructed Aramaic and Latin with vernacular subtitles.The film has been highly controversial and received mixed reviews, with some critics claiming that the extreme violence in the film "obscures its message." Catholic sources have questioned the authenticity of the non-biblical material the film drew on   more
4 votes
0 comments
The Passion of the Christ - Voter Comments
No Comments
Vote & Comment
2

joetheripper117 says2015-04-23T07:03:06.1221178-05:00
Report Post
Just to be clear, I thought this movie was awful. It made no coherent points and created a straw man out of everyone who isn't a fundamentalist Christian. The reason I choose this one though, is its massive entertainment value. I found myself trudging through all of the other movies, while this one was like a grand comedy for me.

shaduwarsenaal says2015-04-24T19:02:37.1464597-05:00
Report Post
This is a great story containing an overall good 2-way plot. I like all the many lessons you can learn from it. It is just amazing seeing how science is intertwined with God and how this young kid can bravely stand up for his beliefs. -And willing to back them showing how the Lord can use even students to influence their school towards God. The second lesson is Gods sovereignty in which all things are part of His will and plan
Vote & Comment
3

Letters to God is a 2010 Christian drama film directed by David Nixon and starring Robyn Lively, Jeffrey Johnson, Tanner Maguire, Michael Bolten and Bailee Madison. The story was written by Patrick Doughtie about his son Tyler, with the screenplay p... enned by Doughtie, Art D'Alessandro, Sandra Thrift and Cullen Douglas. The story took place in Nashville, Tennessee, but the movie was filmed in the Orlando, Florida area.Letters to God is based on the true story of Tyler Doherty, who was played in the film by Tanner Maguire. Parts of the story are real, and others were fictionalized, such as the character of a drunken mailman named Brady McDaniels, who receives Tyler's "letters to God." The film was released to theaters on April 9, 2010, with mixed reviews. Despite opening at #10 at the box office, it fell just $92,000 short of its $3 million budget with a final gross of $2.9 million   more
2 votes
1 comment
Letters to God - Voter Comments

The Ten Commandments is a 1956 American religious epic film produced and directed by Cecil B. DeMille, shot in VistaVision, and released by Paramount Pictures. It dramatizes the biblical story of the life of Moses, an adopted Egyptian prince who bec... omes the deliverer of his real brethren, the enslaved Hebrews, and therefore leads the Exodus to Mount Sinai, where he receives, from God, the Ten Commandments. It stars Charlton Heston in the lead role, Yul Brynner as Rameses, Anne Baxter as Nefretiri, Edward G. Robinson as Dathan, Yvonne De Carlo as Sephora, Debra Paget as Lilia, and John Derek as Joshua; and features Sir Cedric Hardwicke as Sethi, Nina Foch as Bithiah, Martha Scott as Yochabel, Judith Anderson as Memnet, and Vincent Price as Baka, among others.Filmed on location in Egypt, Mount Sinai and the Sinai Peninsula, the film was DeMille's last and most successful work. It is a partial remake of his 1923 silent film of the same title, and features one of the largest sets ever created for a film. At the time of its release on November 8, 1956, it was the most expensive film made up to that point   more
1 vote
0 comments
The Ten Commandments - Voter Comments
No Comments
Vote & Comment
7

The Miracle Maker is a stop motion-animated film about the life of Jesus Christ, through the eyes of Tamar; the terminally ill daughter of a priest in Capernaum. Hand-drawn animated cartoons are used to distinguish flashbacks, parables, stories, spi... ritual encounters and visions from the main plot, which is all in stop motion.The film was directed by Derek Hayes and Stanislav Sokolov. It stars the voice of Ralph Fiennes as Jesus, and numerous other well-known actors.The film ends with Anne Dudley's "Pie Jesu" for solo boy soprano and orchestra   more
1 vote
0 comments
The Miracle Maker - Voter Comments
No Comments
Vote & Comment
8

Exodus: Gods and Kings is a 2014 biblically-inspired epic film directed by Ridley Scott. It was written by Adam Cooper, Bill Collage, Jeffrey Caine and Steven Zaillian. The film stars Christian Bale, Joel Edgerton, John Turturro, Aaron Paul, Ben Men... delsohn, Sigourney Weaver, and Ben Kingsley. It is an interpretation of the exodus of the Hebrews from Egypt as led by Moses and related in the Book of Exodus. The film is dedicated to Scott's younger brother, Tony Scott, who committed suicide in 2012   more
1 vote
0 comments
Exodus: Gods and Kings - Voter Comments
No Comments
Vote & Comment
9

Heaven Is for Real

Heaven Is for Real is a 2014 American Christian docudrama directed by Randall Wallace and written by Christopher Parker, based on Pastor Todd Burpo and Lynn Vincent's 2010 book of the same name. The film stars Greg Kinnear, Kelly Reilly, Jacob Varga... s, and Nancy Sorel. The soundtrack of the film contains Darlene Zschech's song "Heaven in Me". The film was released on April 16, 2014   more
0 votes
0 comments
Heaven Is for Real - Voter Comments
No Comments
Vote & Comment
11

To Save a Life

To Save a Life is a 2010 drama film written by Jim Britts and directed by Brian Baugh.
0 votes
0 comments
To Save a Life - Voter Comments
No Comments
Vote & Comment
12

The Grace Card is a 2010 Christian drama film directed by David G. Evans. It intends to illustrate the everyday opportunities that people have to rebuild relationships and heal deep wounds by extending and receiving God’s grace. The film stars Louis...  Gossett, Jr., Michael Higgenbottom and Michael Joiner. It was released on February 25, 2011 to 363 theaters, grossing $1,010,299 on opening weekend   more
0 votes
0 comments
The Grace Card - Voter Comments
No Comments
Vote & Comment
13

Grace Unplugged is a 2013 Christian musical drama film. The film is based on a story by Brandon Rice, written and directed by Brad J. Silverman, and stars AJ Michalka, James Denton, and Kevin Pollak. It is a family-friendly film about an 18 year old...  girl who rejects her father's desire for her to be a church singer and goes to Hollywood seeking stardom. The film was released to theaters October 4, 2013 by Lionsgate Films and Roadside Attractions   more
0 votes
0 comments
Grace Unplugged - Voter Comments
No Comments
Vote & Comment
14

What If... Is a 2010 Christian/drama film directed by Dallas Jenkins. It stars Kevin Sorbo, Kristy Swanson, Debby Ryan and John Ratzenberger. The film was released to theaters on August 20, 2010. It is the first film in a two-movie partnership betwe... en Jenkins Entertainment and Pure Flix Entertainment   more
0 votes
0 comments
What If... - Voter Comments
No Comments
Vote & Comment
15

The Persecuted is a 2013 action film written and directed by Daniel Lusko.
0 votes
0 comments
The Persecuted - Voter Comments
No Comments
Vote & Comment
16

What Dreams May Come

What Dreams May Come is a 1998 American fantasy drama film, starring Robin Williams, Cuba Gooding, Jr., Annabella Sciorra and Max von Sydow. The film is based on the 1978 novel of the same name by Richard Matheson, and was directed by Vincent Ward. ... It won the Academy Award for Best Visual Effects and the Art Directors Guild Award for Excellence in Production Design. It was also nominated for the Academy Award for Best Art Direction. The title is from a line in Hamlet '​s "To be, or not to be" soliloquy   more
0 votes
0 comments
What Dreams May Come - Voter Comments
No Comments
Vote & Comment
18

Fireproof is a 2008 American Christian drama film released by Samuel Goldwyn Films and Affirm Films, directed by Alex Kendrick, who co-wrote and co-produced it with Stephen Kendrick. The film stars Kirk Cameron, Erin Bethea and Ken Bevel.Reviews for...  the film were "generally unfavorable" from film critics. The film was successful at the box office, becoming a surprise hit, debuting at No. 4 and becoming the highest-grossing independent film of 2008, grossing over $33,000,000. It received awards from evangelical Christian organizations, including the Best Feature Film award at the 2009 San Antonio Independent Christian Film Festival   more
0 votes
0 comments
Fireproof - Voter Comments
No Comments
Vote & Comment
19

Courageous is a 2011 independent Christian drama film, directed by Alex Kendrick, produced by Sherwood Pictures, and released to theaters on September 30, 2011. It is the fourth film by Sherwood Pictures, the creators of Flywheel, Facing the Giants,...  and Fireproof. Filming in Albany, Georgia concluded in June 2010. The film was marketed by Sony's Provident Films, which also marketed their previous films.The film was directed by Alex Kendrick, who co-wrote its screenplay with his brother Stephen Kendrick. Alex Kendrick also stars in the film, along with Ken Bevel, Kevin Downes and Ben Davies. About half of the cast and crew were volunteers from Sherwood Baptist Church, while the remainder were brought on through invitation-only auditions.The film was produced with a budget of $2 million, but on its opening weekend it grossed $2 million in pre-sales alone and grossed $9.1 million total for the weekend. It grossed a total of $34.5 million, over 17 times its budget. The film opened to mixed reviews from critics, but received a rare A+ CinemaScore rating from filmgoers   more
0 votes
0 comments
Courageous - Voter Comments
No Comments
Vote & Comment
20

Facing the Giants is a 2006 American Christian drama film directed by and starring Alex Kendrick. The supporting cast was composed of volunteers from Sherwood Baptist Church, and it is the second film that Sherwood Pictures has done. Shot in Albany,...  Georgia, the film relates an underdog story about American football from a Christian worldview.The film was released to DVD in early 2007 and made its television debut on September 21, 2008, on Trinity Broadcasting Network   more
0 votes
0 comments
Facing the Giants - Voter Comments
No Comments
Vote & Comment
Leave a comment...
(Maximum 900 words)