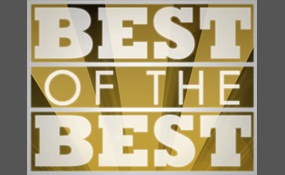 What is the best album ever recorded?

I added my two but please add more, and check if yours is here before just adding.

Away From the Sun

Away from the Sun is the second studio album by American rock band 3 Doors Down, released on November 12, 2002. The singles released for the album were as follows: "When I'm Gone", "The Road I'm On", "Here Without You" and "Away from the Sun". The r... ecording sessions took place during the summer of 2002 with Producer/Engineer Rick Parashar at London Bridge Studios, in Seattle, Washington. Rush guitarist Alex Lifeson performed live with the band during their premiere party in Biloxi for Away from the Sun. The album has sold four million copies worldwide, including well over three million in the US alone   more
3 votes
1 comment
Away From the Sun - Voter Comments

5 Seconds of Summer are an Australian pop punk and pop rock band.Formed in Sydney in 2011, the band consists of Luke Hemmings, Michael Clifford, Calum Hood and Ashton Irwin. The group were originally YouTube celebrities, who posted videos of themsel... ves covering songs from various artists in 2011. From there, they started to gain a small following in 2012 after posting a series of cover versions of popular songs onto YouTube, then rose to international fame when One Direction invited them on their Take Me Home Tour.The group have been referred to as a boy band in the media. In February 2014, they released "She Looks So Perfect" as their debut worldwide release. It topped the charts in Australia, New Zealand, Ireland and the United Kingdom. Their self-titled debut studio album was released in June 2014   more
2 votes
1 comment
5 Seconds of Summer - Voter Comments

The Velvet Underground & Nico is the debut album by American rock band The Velvet Underground and vocal collaborator Nico. It was originally released in March 1967 by Verve Records. Recorded in 1966 during Andy Warhol's Exploding Plastic Inevitable ... multimedia event tour, The Velvet Underground & Nico would gain notoriety for its experimentalist performance sensibilities, as well as the focus on controversial subject matter expressed in many of its songs including drug abuse, prostitution, sadism and masochism and sexual deviancy.Though a commercial and critical failure upon release, the record has since become one of the most influential and critically acclaimed rock albums in history, appearing at number thirteen on Rolling Stone magazine's list of the 500 Greatest Albums of All Time as well as being added to the 2006 National Recording Registry by the Library of Congress   more
2 votes
1 comment
The Velvet Underground & Nico - Voter Comments

In Utero is the third and final studio album by the American grunge band Nirvana, released on September 13, 1993, on DGC Records. Nirvana intended the record to diverge significantly from the polished production of its previous album, Nevermind. To ... capture a more abrasive and natural sound, the group hired producer Steve Albini to record In Utero during a two-week period in February 1993 at Pachyderm Studio in Cannon Falls, Minnesota. The music was recorded quickly with few studio embellishments, and the song lyrics and album packaging incorporated medical imagery that conveyed frontman Kurt Cobain's outlook on his publicized personal life and his band's newfound fame.Soon after recording was completed, rumors circulated in the press that DGC might not release the album in its original state, as the record label felt that the result was not commercially viable. Although Nirvana publicly denied the statements, the group was not fully satisfied with the sound Albini had captured. Albini declined to alter the album further, and ultimately the band hired R.E.M producer Scott Litt to make minor changes to the album's sound and remix the singles "Heart-Shaped Box" and "All Apologies"   more
1 vote
0 comments
In Utero - Voter Comments
No Comments
Vote & Comment
5

The Bends is the second studio album by the English alternative rock band Radiohead, released on 13 March 1995 by Parlophone. The Bends was produced by John Leckie at EMI's studios in London, and engineered by Nigel Godrich, who would go on to produ... ce all future albums by the band. Featuring five charting singles, the album also marked the beginning of a shift in aesthetics and themes for the band, with greater use of keyboards, and more abrasive guitar tracks balancing subtler ones. The introspective grunge-influenced style of Pablo Honey evolved toward more multi-layered rock with cryptic lyrics and larger ideas, as the band and singer Thom Yorke reacted against the rigors of near-constant world tours.My Iron Lung was released as an EP and later, "High and Dry" was released as an A-side with "Planet Telex" as the B-side. "Fake Plastic Trees" was released as the second single, with "Just" as the album's third. "Street Spirit", the final single and last song on the album, became their first top five UK hit.The album was subject to greater critical acclaim than their debut Pablo Honey, receiving an enthusiastic critical reaction, and it reached number four in the UK Albums Chart   more
1 vote
0 comments
The Bends - Voter Comments
No Comments
Vote & Comment
6

Ghosts in the Code

Ghosts in the Code is an album written and recorded by alternative artist Aviators and released on July 1, 2014. All the songs were written by Tyler Shaw with the exception of Ghosts in the Code (which featured Metajoker) and Reach (All Along) (wh... ich features Garrison Ulrich). Released independently, this album has an alternative genre and a very interesting theme   more
0 votes
0 comments
Ghosts in the Code - Voter Comments
No Comments
Vote & Comment
7

54 Degrees is an album written and recorded by acoustic artist Garrison Ulrich and released on July 7, 2014. It contains some of Ulrich's works from his 2012 album, 45 Degrees, remastered and redone from the originals.
0 votes
0 comments
54 Degrees - Voter Comments
No Comments
Vote & Comment
8

Mirrors is an album written and recorded by alternative artist Aviators and released in 2013.
0 votes
0 comments
Mirrors - Voter Comments
No Comments
Vote & Comment
9

Reflections is an album written and recorder and performed by Garrison Ulrich and released in 2013.
0 votes
0 comments
Reflections - Voter Comments
No Comments
Vote & Comment
Leave a comment...
(Maximum 900 words)