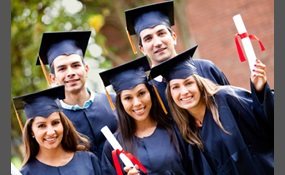 What is the best college in the U.S.?

Which college/university is the best one in the United States?

Harvard University is an American private Ivy League research university located in Cambridge, Massachusetts. Its history, quality of education, academic influence, and wealth have made it one of the most prestigious universities in the world.Harvar... d was established in 1636 by the Massachusetts legislature, being the oldest institution of higher learning and the first corporation chartered in the country. It was named after its first benefactor, John Harvard. Although never formally affiliated with a church, the college primarily trained Congregationalist and Unitarian clergy. Harvard's curriculum and students became secular throughout the 18th century and by the 19th century had emerged as the central cultural establishment among Boston elites. Following the American Civil War, President Charles W. Eliot's forty-year tenure transformed the college and affiliated professional schools into a centralized research university, and Harvard became a founding member of the Association of American Universities in 1900. James Bryant Conant led the university through the Great Depression and World War II and began to reform the curriculum and liberalize admissions after the war. The undergraduate college became coeducational after its 1977 merger with Radcliffe College. Drew Gilpin Faust was elected the 28th president in 2007 and is the first woman to lead the university   more
4 votes
0 comments
Harvard University - Voter Comments
No Comments
Vote & Comment
2

The United States Military Academy at West Point, also known as West Point, Army, The Academy, or simply, The Point, is a four-year coeducational federal service academy located in West Point, New York. The academy sits on scenic high ground overloo... king the Hudson River, 50 miles north of New York City. The entire central campus is a national landmark and home to scores of historic sites, buildings, and monuments. The majority of the campus's neogothic buildings are constructed from gray and black granite. The campus is a popular tourist destination complete with a large visitor center and the oldest museum in the United States Army.Candidates for admission must both apply directly to the academy and receive a nomination, usually from a Senator or Representative. Students are officers-in-training and are referred to as cadets or collectively as the United States Corps of Cadets. Tuition for cadets is fully funded by the Army in exchange for an active duty service obligation upon graduation. Approximately 1,300 cadets enter the Academy each July with about 1,000 cadets graduating.The academic program grants a bachelor of science degree with a curriculum that grades cadets' performance upon a broad academic program, military leadership performance, and mandatory participation in competitive athletics. Cadets are required to adhere to the Cadet Honor Code, which states that "a cadet will not lie, cheat, steal, or tolerate those who do." The academy bases a cadet's leadership experience as a development of all three pillars of performance: academics, physical, and military   more
3 votes
1 comment
United States Military Academy - Voter Comments

Yale University is a private Ivy League research university located in New Haven, Connecticut. Founded in 1701 in the Colony of Connecticut, the university is the third-oldest institution of higher education in the United States. Yale is widely cons... idered to be one of the most prestigious and selective universities in the world.Originally chartered as the "Collegiate School", the institution traces its roots to 17th-century clergymen who sought to establish a college to train clergy and political leaders for the colony. In 1718, the College was renamed "Yale College" to honor a gift from Elihu Yale, a governor of the British East India Company. In 1861, the Graduate School of Arts and Sciences became the first U.S. Institution to award the Ph.D. Yale became a founding member of the Association of American Universities in 1900. Yale College was transformed, beginning in the 1930s, through the establishment of residential colleges: 12 now exist and two more are planned.Yale employs over 1,100 faculty to teach and advise about 5,300 undergraduate and 6,100 graduate and professional students. Almost all tenured professors teach undergraduate courses, more than 2,000 of which are offered annually. The University's assets include an endowment valued at $19.4 billion as of 2011, the second-largest of any academic institution in the world. Yale's system of more than two dozen libraries holds 12.5 million volumes. 49 Nobel Laureates have been affiliated with the University as students, faculty, and staff. Yale has produced many notable alumni, including five U.S. Presidents, 19 U.S. Supreme Court Justices, and several foreign heads of state. Yale Law School is particularly well-regarded and the most selective law school in the country   more
3 votes
0 comments
Yale University - Voter Comments
No Comments
Vote & Comment
5

The Leland Stanford Junior University, commonly referred to as Stanford University or Stanford, is an American private research university located in Stanford, California, on an 8,180-acre campus near Palo Alto. It is situated in the northwestern Si... licon Valley, approximately 20 miles northwest of San Jose and 37 miles southeast of San Francisco. It is one of the most prestigious universities in the world. Its most recent acceptance rate, 5.69% for the Class of 2017, was the lowest ever recorded in the university's history.Leland Stanford, governor of and U.S. Senator from California and leading railroad tycoon, and his wife, Jane Lathrop Stanford, founded the university in 1891 in memory of their son, Leland Stanford, Jr., who died of typhoid two months before his 16th birthday. The university was established as a coeducational and nondenominational institution. Tuition was free until the 1930s. The university struggled financially after the senior Stanford's 1893 death and after much of the campus was damaged by the 1906 San Francisco earthquake. Following World War II, Provost Frederick Terman supported faculty and graduates' entrepreneurialism to build self-sufficient local industry in what would become known as Silicon Valley. By 1970, Stanford was home to a linear accelerator, and was one of the original four ARPANET nodes   more
1 vote
0 comments
Stanford University - Voter Comments
No Comments
Vote & Comment
6

Princeton University is a private Ivy League research university located in Princeton, New Jersey, United States.Founded in 1746 in Elizabeth as the College of New Jersey, Princeton is one of the nine Colonial Colleges established before the America... n Revolution as well as the fourth chartered institution of higher education in the American colonies. The university moved to Newark in 1747, then to Princeton in 1756 and was renamed Princeton University in 1896. The present-day College of New Jersey in nearby Ewing Township, New Jersey, is an unrelated institution. Princeton had close ties to the Presbyterian Church, but has never been affiliated with any denomination and today imposes no religious requirements on its students.Princeton now provides undergraduate and graduate instruction in the humanities, social sciences, natural sciences, and engineering. It does not have schools of medicine, law, divinity, or business, but it does offer professional degrees through the Woodrow Wilson School of Public and International Affairs, the Princeton University School of Engineering and Applied Science, and the School of Architecture. The institute has ties with the Institute for Advanced Study, Princeton Theological Seminary, and the Westminster Choir College of Rider University. Princeton has been associated with 35 Nobel Laureates, 17 National Medal of Science winners, and three National Humanities Medal winners. On a per-student basis, Princeton has the largest university endowment in the world   more
1 vote
0 comments
Princeton University - Voter Comments
No Comments
Vote & Comment
7

Columbia University in the City of New York, commonly referred to as Columbia University, is an American private Ivy League research university in New York City. It is the oldest institution of higher learning in the state of New York, the fifth old... est in the United States, and one of the country's nine Colonial Colleges founded before the American Revolution. Today the university operates Columbia Global Centers overseas in Amman, Beijing, Istanbul, Paris, Mumbai, Rio de Janeiro, Santiago and Nairobi.The university was founded in 1754 as King's College by royal charter of George II of Great Britain. After the American Revolutionary War, King's College briefly became a state entity, and was renamed Columbia College in 1784. The University now operates under a 1787 charter that places the institution under a private board of trustees, and in 1896 it was further renamed Columbia University. That same year, the university's campus was moved from Madison Avenue to its location in the Morningside Heights neighborhood of Manhattan, where it occupies more than six city blocks, or 32 acres. The university encompasses twenty schools and is affiliated with numerous institutions, including Teachers College, Barnard College, and the Union Theological Seminary, with joint undergraduate programs available through the Jewish Theological Seminary of America as well as the Juilliard School   more
0 votes
0 comments
Columbia University - Voter Comments
No Comments
Vote & Comment
8

Swarthmore College is a private liberal arts college in the United States with an enrollment of 1,545 students. The college is located in the borough of Swarthmore, Pennsylvania, 11 miles southwest of Philadelphia.Founded in 1864, Swarthmore was one...  of the earliest coeducational colleges in the United States. The school was organized by a committee of Quakers prominent in the abolitionist and women's rights movements, including notable activist Lucretia Mott. Swarthmore was established to be a college, "...Under the care of Friends, at which an education may be obtained equal to that of the best institutions of learning in our country." Swarthmore dropped its religious affiliation and became officially non-sectarian in 1933.Today, the college is known for a rigorous intellectual character, shaped by a commitment to social responsibility and the legacy of Swarthmore's Quaker heritage. Ninety percent of graduates eventually attend graduate or professional school and over twenty percent of graduates attain a Doctor of Philosophy degree in their lifetime, a rate surpassed only by the California Institute of Technology, Harvey Mudd College and Reed College.Swarthmore is a member of the Tri-College Consortium, a cooperative arrangement among Swarthmore College, Bryn Mawr College, and Haverford College. The consortium shares an integrated library system of more than three million volumes, and students are able to cross-register in courses at all three institutions. A common Quaker heritage exists amongst the consortium schools and the University of Pennsylvania also extends this cross-registration agreement to classes at the University of Pennsylvania's College of Arts and Sciences   more
0 votes
0 comments
Swarthmore College - Voter Comments
No Comments
Vote & Comment
9

Pomona College is a private, residential, liberal arts college in Claremont, California, United States.The founding member of the Claremont Colleges, Pomona is a non-sectarian, coeducational school. Since 1925, the Claremont Colleges, which have gro... wn to include five undergraduate and two graduate institutions, have provided Pomona's student body with the resources of a larger university while preserving the closeness of a small college   more
0 votes
0 comments
Pomona College - Voter Comments
No Comments
Vote & Comment
10

Williams College is a private liberal arts college located in Williamstown, Massachusetts, United States. It was established in 1793 with funds from the estate of Ephraim Williams. Originally a men's college, Williams became co-educational in 1970. ... Fraternities were also phased out during this period, beginning in 1962. Williams forms part of the historic Little Three colleges, along with Wesleyan University and rival Amherst College.There are three academic curricular divisions, 24 departments, 33 majors, and two master's degree programs in art history and development economics. There are 334 voting faculty members, with a student-to-faculty ratio of 7:1. As of 2012, the school has an enrollment of 2,052 undergraduate students and 54 graduate students.The academic year follows a 4–1–4 schedule of two four-course semesters plus a one-course "winter study" term in January. A summer research schedule involves about 200 students on campus completing projects with professors.Williams College is currently occupying 1st place in U.S. News & World Report's 2013 ranking of the 266 liberal arts colleges in the United States. Forbes Magazine also ranked Williams college as the 9th best institution of higher education in the United States in its 2013 publication of America's best colleges   more
0 votes
0 comments
Williams College - Voter Comments
No Comments
Vote & Comment
No comments yet.
Leave a comment...
(Maximum 900 words)
Privacy Policy | Terms of Use
Sitemap | View Desktop Version
©2021 Debate.org. All rights reserved.