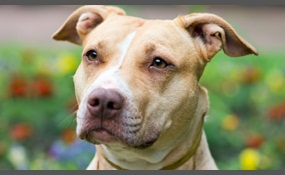 What is the best dog

The Jack Russell Terrier is a small terrier that has its origins in fox hunting; it is principally white-bodied and smooth, rough or broken-coated. It is commonly confused with the Parson Russell terrier and the Russell terrier, which is a shorter-l... egged, stockier variety. The term "Jack Russell" is commonly misapplied to other small white terriers.The Jack Russell is a broad type, with a size range of 10–15 inches. The Parson Russell is limited only to a middle range with a standard size of 12–14 inches, while the Russell terrier is smaller at 8–12 inches. Each breed has different physical proportions according to the standards of their breed clubs.The Jack Russell is an energetic breed that relies on a high level of exercise and stimulation and is relatively free from serious health complaints. Originating from dogs bred and used by Reverend John Russell in the early 19th century, it has similar origins to the modern Fox terrier. It has gone through several changes over the years corresponding to different use and breed standards set by kennel clubs   more
2 votes
0 comments
Jack Russell Terrier - Voter Comments
No Comments
Vote & Comment
3

The Labrador Retriever, also known as simply Labrador or Lab, is one of several kinds of retrievers, a type of gun dog. Labradors are athletic, playful, and the most popular breed of dog by registered ownership in Australia, Canada, New Zealand, the...  United Kingdom, and the United States.A favourite assistance dog breed in these and other countries, Labradors are frequently trained to aid people who are blind and people with autism, act as therapy dogs, and perform screening and detection work for law enforcement and other official agencies. They are prized as sporting and waterfowl hunting dogs. A few kennels breeding dogs were in England; at the same time a combination of sheep protection policy and rabies quarantine led to their gradual demise in their country of origin.The first and second Earls of Malmesbury, who bred for duck shooting on his estate, and the 5th and 6th Dukes of Buccleuch, and youngest son Lord George William Montagu-Douglas-Scott, were instrumental in developing and establishing the modern Labrador breed in 19th century England   more
1 vote
0 comments
Labrador Retriever - Voter Comments
No Comments
Vote & Comment
4

The Alaskan husky is a type, or a category of dog. It is not considered a pure breed because there is no preferred type of and no restriction as to ancestry; it is defined only by its purpose, which is that of a highly efficient sled dog. The Alaska... n Husky is a blend of various Nordic breeds, chosen particularly for skills such as pulling and team player abilities. Specializations in type exist within the category, such as freighting dogs, sprint Alaskans, and distance Alaskans.The Alaskan Husky does have a unique genetic signature of microsatellite-based markers that are more consistent than those found in Malamutes or Siberians.The Alaskan is the sled dog of choice for world-class dog sled racing sprint competition. None of the purebred northern breeds can match it for sheer racing speed. Demanding speed-racing events such as the Fairbanks, Alaska Open North American Championship and the Anchorage Fur Rendezvous are invariably won by teams of Alaskan huskies, or of Alaskans crossed with hounds or gun dogs. Hounds are valued for their toughness and endurance. Winning speeds often average more than 19 miles per hour over three days' racing at 20 to 30 miles each day   more
1 vote
0 comments
Alaskan Husky - Voter Comments
No Comments
Vote & Comment
6

A Cockapoo is a designer dog. It is the cross of an American Cocker Spaniel or English Cocker Spaniel and a poodle.
1 vote
0 comments
Cockapoo - Voter Comments
No Comments
Vote & Comment
7

The Border Collie is a medium sized dog, with a body that is slightly longer than the height and a fairly wide skull. The ears are usually half-perked. The coat colors come in black and white, tri-color, red and white, black and gray, and all black....  Height: 18-22 inches (46-56 cm.) Weight: 27-45 pounds (12-20 kg.)dogbreedinfo.Co   more
1 vote
1 comment
Border Collie - Voter Comments

The St. Bernard is a breed of very large working dog from the Italian and Swiss Alps, originally bred for rescue. The breed has become famous through tales of alpine rescues, as well as for its enormous size.
1 vote
0 comments
St. Bernard - Voter Comments
No Comments
Vote & Comment
9

The English Mastiff, referred to by most Kennel Clubs simply as the Mastiff, is a breed of large, beautiful dog perhaps descended from the ancient Alaunt and Pugnaces Britanniae, with a significant input from the Alpine Mastiff in the 19th century. ... Distinguishable by enormous size, massive head, and a limited range of colours, but always displaying a black mask, the Mastiff is noted for its gentle and loving nature. The lineage of modern dogs can be traced back to the early 19th century, the modern type was stabilised in the 1880s and refined since. Following a period of sharp decline, the Mastiff has increased its worldwide popularity. Throughout its history, the Mastiff has contributed to the development of a number of dog breeds, some generally known as Mastiff-type dogs, or, confusingly, just as "Mastiffs"    more
0 votes
0 comments
English Mastiff - Voter Comments
No Comments
Vote & Comment
11

The Poodle comes in three varieties: toy, miniature, and standard. It has a profuse, but well groomed and clipped, wiry curly coat. The head and muzzle are long and the ears are wide and hanging close to the head. Coats may come in any solid color, ... for example: black, blue, silver, gray, cream, apricot, red, white, brown, or cafe-au-lait. Height and Weight for each can be found in the specific descriptions for Toy Poodle, Miniature Poodle, and Standard Poodle.Dogbreedinfo.Co   more
0 votes
0 comments
Poodle - Voter Comments
No Comments
Vote & Comment
12

The Alaskan Malamute is a large, strong dog with a thick, coarse double coat and a plumed tail held over the back. The feet are furry and have tough pads. The coat averages 1-3 inches in length and comes in white, black and white, wolf gray, wolf sa... ble (red undercoat with dark gray outer coat), or red, often with darker highlights and sometimes with a dark mask or cap. Height: 22-26 inches (56-66 cm.) Weight: 70-95 pounds (32-43 kg.)dogbreedinfo.Co   more
0 votes
0 comments
Alaskan Malamute - Voter Comments
No Comments
Vote & Comment
13

The Rottweiler is a medium/large size breed of domestic dog. The dogs were known as "Rottweil butchers' dogs" because they were used to herd livestock and pull carts laden with butchered meat and other products to market.The Rottweiler was employed ... in its traditional roles until the mid-19th century when railways replaced droving for herding livestock to market. While still used in herding, Rottweilers are now used as search and rescue dogs, as guide dogs for the blind, as guard dogs or police dogs, and in other roles   more
0 votes
0 comments
Rottweiler - Voter Comments
No Comments
Vote & Comment
15

The Great Dane is a German breed of domestic dog known for its giant size. The name of the breed in Germany is Deutsche Dogge. They are known for their enormous bodies and great height.The Great Dane is one of the world's tallest dog breeds. The wor... ld record holder for tallest dog was a Great Dane called Zeus, who measured 112 cm from paw to shoulder. Their large size belies their friendly nature, as Great Danes are known for seeking physical affection with their owners   more
0 votes
0 comments
Great Dane - Voter Comments
No Comments
Vote & Comment
16

The Basset Hound is a short-legged breed of dog of the hound family, as well as one of six recognized Basset breeds in France; furthermore, Bassets are scent hounds that were originally bred for the purpose of hunting rabbits and hare. Their sense o... f smell for tracking is second only to that of the Bloodhound. The name Basset is derived from the French word bas, meaning "low", with the attenuating suffix -et, together meaning "rather low". Basset Hounds are usually Bicolors or Tricolors of standard hound coloration   more
0 votes
0 comments
Basset Hound - Voter Comments
No Comments
Vote & Comment
Leave a comment...
(Maximum 900 words)