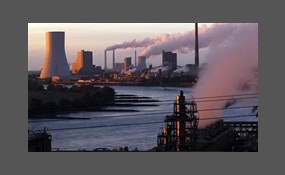 What is the best form of taxation?

Attribution to bringing us out of the recession.
15 votes
2 comments
Progressive Taxation - Voter Comments

Juan_Pablo says2014-05-02T04:21:40.1703409-05:00
Report Post
A progressive tax system has worked in the past. We should employ it today to sustain our limited government and much-needed social programs (i.e. social security, military, medicaid, etc.) Anything that taxes more severely than a progressive tax system injures economic growth/vitality in my opinion.

Yeah, because Russia and Saudi Arabia are doing so great -_-. Hint: 2 of 5 countries that actually use this terrible system
7 votes
1 comment
Flat Taxation - Voter Comments

A levy upon a tax levy. For example, your base income could earn you a rate of 15%, but the extra levy would add a flat 3% to your rate.
1 vote
1 comment
Super Taxation (Surtax) - Voter Comments

Jifpop09 says2014-05-02T03:14:54.0591409-05:00
Report Post
Some Surtax's, apply a progressive super levy, above your first adjusted rate. I think this is ideally superior to just raising rates all around. That way we could further divide social groups into sects. Middle class could be divided into three groups, and well, you get the idea.
Vote & Comment
5

This is an interesting form of taxation. One that has a bit of potential. The idea, behind WFT's, is to tax profits instead of income. So if a companies gets a 5% increase in net profit, then 1% of that will be levied. The problem would obviously be...  how it aims directly at growth   more
1 vote
0 comments
Windfall Taxation - Voter Comments
No Comments
Vote & Comment
6

Instead of taxing the lower class, we give them money in the form of liabilities, in order to stimulate them. Don't personally agree, but whatever.
0 votes
0 comments
Negative Taxation - Voter Comments
No Comments
Vote & Comment
7

A regressive tax is a tax imposed in such a manner that the tax rate decreases as the amount subject to taxation increases. "Regressive" describes a distribution effect on income or expenditure, referring to the way the rate progresses from high to ... low, where the average tax rate exceeds the marginal tax rate. In terms of individual income and wealth, a regressive tax imposes a greater burden on the poor than on the rich — there is an inverse relationship between the tax rate and the taxpayer's ability to pay as measured by assets, consumption, or income. These taxes tend to reduce the tax incidence of people with higher ability-to-pay, as they shift the incidence disproportionately to those with lower ability-to-pay.The regressivity of a particular tax can also factor the propensity of the taxpayers to engage in the taxed activity relative to their resources. In other words, if the activity being taxed is more likely to be carried out by the poor and less likely to be carried out by the rich, the tax may be considered regressive. To measure the effect, the income elasticity of the good being taxed as well as the income substitution effect must be considered   more
0 votes
0 comments
Regressive Taxation - Voter Comments
No Comments
Vote & Comment
Leave a comment...
(Maximum 900 words)

Juan_Pablo says2014-05-02T04:57:11.4111409-05:00
Report Post
Hypothetically we wouldn't have to raise taxes on the wealthy if low wage earners were rewarded higher wages from profits, because then the federal/state governments would be able to tax workers more to acquire their revenue. Raising the federal minimum wage would actually reduce the need to increase taxes very much on the wealthy.

Juan_Pablo says2014-05-02T14:51:13.3348339-05:00
Report Post
Of course the tax system should be fair to people depending on the amount of income acquired and it needs to be efficient and well-managed, so that the civilization that employs it can be properly sustained.