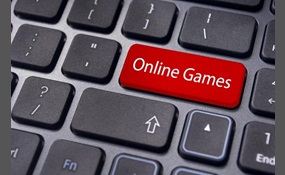 What is the best online game?

Minecraft is a sandbox independent video game originally created by Swedish programmer Markus "Notch" Persson and later developed and published by the Swedish company Mojang since 2009. The creative and building aspects of Minecraft allow players to...  build constructions out of textured cubes in a 3D procedurally generated world. Other activities in the game include exploration, gathering resources, crafting, and combat. Multiple gameplay modes are available, including survival modes where the player must acquire resources to build the world and maintain health, a creative mode where players have unlimited resources to build and the ability to fly, and an adventure mode where players play custom maps created by other players.The alpha version was publicly released for PC on May 17, 2009, and after gradual updates, the full version was released on November 18, 2011. A version for Android was released a month earlier on October 7, and an iOS version was released on November 17, 2011   more
14 votes
1 comment
Minecraft - Voter Comments

Warcraft is a franchise of video games, novels, and other media originally created by Blizzard Entertainment. The series is made up of five core games: Warcraft: Orcs & Humans, Warcraft II: Tides of Darkness, Warcraft III: Reign of Chaos, World of W... arcraft, and Hearthstone: Heroes of Warcraft. The first three of these core games are in the real-time strategy genre, where opposing players command virtual armies in battle against each other or a computer-controlled enemy. The fourth and best selling title of the franchise is a massively multiplayer online role-playing game, where players control their own character and interact with each other in a virtual world. The most recent title is Hearthstone, a digital collectible card game.Of these games, no expansion sets were released for Warcraft: Orcs & Humans, but Warcraft II was accompanied by the release of Warcraft II: Beyond the Dark Portal and Warcraft III was accompanied by the release of Warcraft III: The Frozen Throne. Multiple expansion packages also accompanied World of Warcraft, including The Burning Crusade, Wrath of the Lich King, Cataclysm, Mists of Pandaria and Warlords of Draenor   more
3 votes
2 comments
Warcraft - Voter Comments

Chess is a two-player strategy board game played on a chessboard, a checkered gameboard with 64 squares arranged in an eight-by-eight grid. It is one of the world's most popular games, played by millions of people worldwide in homes, parks, clubs, o... nline, by correspondence, and in tournaments. In recent years, chess has become part of some school curricula.Each player begins the game with 16 pieces: one king, one queen, two rooks, two knights, two bishops, and eight pawns. Each of the six piece types moves differently. The objective is to 'checkmate' the opponent's king by placing it under an inescapable threat of capture. To this end, a player's pieces are used to attack and capture the opponent's pieces, while supporting their own. In addition to checkmate, the game can be won by voluntary resignation by the opponent, which typically occurs when too much material is lost, or if checkmate appears unavoidable. A game may also result in a draw in several ways, where neither player wins. The course of the game is divided into three phases: opening, middlegame, and endgame   more
2 votes
0 comments
Chess - Voter Comments
No Comments
Vote & Comment
5

A three faction first person shooter that takes place in the future on a different planet. It has four large continents which serve as the entire battle field. Its battles can include hundreds and sometimes even thousands of players.
2 votes
0 comments
PlanetSide 2 - Voter Comments
No Comments
Vote & Comment
6

Rome: Total War is a PC strategy game developed by The Creative Assembly and released on 22 September 2004 by Activision. The Mac OS X version of the game was released on 5 February 2010 by Feral Interactive. The game is the third title in The Creat... ive Assembly's Total War series.The game's main campaign is set during the rule of the late Roman Republic and early Roman Empire, with the player assuming control of one of three Roman families; other factions are playable once they have been unlocked. Gameplay consists of real-time tactical battles framed within a turn-based strategic campaign, taking place across Europe, North Africa and the Near East. On the large strategic scale, players spend each turn managing diplomacy, developing infrastructure, moving armies, and managing the population's growth and public order through taxes and gladiatorial games, among other tasks. On the smaller scale, real-time battles against enemy armies take place within or between cities, with the player commanding forces that can contain thousands of individual soldiers   more
1 vote
1 comment
Rome: Total War - Voter Comments

League of Legends is a multiplayer online battle arena video game developed and published by Riot Games for Microsoft Windows and Mac OS X, inspired by the mod Defense of the Ancients for the video game Warcraft III: The Frozen Throne. It is a free-... to-play game, supported by micro-transactions. The game was first announced on October 7, 2008, and released on October 27, 2009. League of Legends was generally well received at release, and has grown in popularity in the years since. According to a 2012 Forbes article, League of Legends was the most played PC game in North America and Europe in terms of the number of hours played. As of January 2014, over 67 million people play League of Legends per month, 27 million per day, and over 7.5 million concurrently during peak hours.In League of Legends, players assume the role of a character, called a "champion", with unique abilities, battling with a team against other player or computer-controlled champions. In the most popular game modes, each team's goal is to destroy the opposing team's nexus, a building which lies at the heart of a base protected by defensive structures   more
1 vote
0 comments
League of Legends - Voter Comments
No Comments
Vote & Comment
12

Eve Online is a video game by CCP Games. It is a player-driven, persistent-world MMORPG set in a science fiction space setting. Characters pilot customizable ships through a galaxy of over 7,500 star systems. Most star systems are connected to one o... r more other star systems by means of stargates. The star systems can contain moons, planets, stations, wormholes, asteroid belts and complexes.Players of Eve Online can participate in a number of in-game professions and activities, including mining, piracy, manufacturing, trading, exploration, and combat. The character advancement system is based upon training skills in real time, even while not logged into the game.Eve Online was released in North America and Europe in May 2003. It was published from May to December 2003 by Simon & Schuster Interactive, after which CCP purchased the rights and began to self-publish via a digital distribution scheme. On January 22, 2008, it was announced that Eve Online would be distributed via Steam. On March 10, 2009, the game was again made available in boxed form in stores, released by Atari. In February 2013, EVE Online reached over 500,000 subscribers   more
1 vote
0 comments
Eve Online - Voter Comments
No Comments
Vote & Comment
13

Club Penguin is an online game developed by New Horizon Interactive and later bought by Disney. The game is designed for children ages six to fourteen, though available to anyone. Using cartoon penguin avatars, players can waddle around, converse, p... lay minigames, and participate in other activities with one another in a snow-covered virtual world.[1] Having completed beta-testing, Club Penguin was made available to the general public on October 24, 2005[2] and has since expanded into a large online community   more
0 votes
0 comments
Club Penguin - Voter Comments
No Comments
Vote & Comment
15