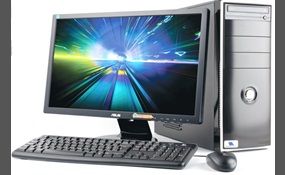 What is the best Online PC FPS?

Which one do you think is the best? Have one you want to add? Just say in the comments.

Counter-Strike is a first-person shooter video game developed by Valve Corporation. It was initially developed and released as a Half-Life modification by Minh "Gooseman" Le and Jess "Cliffe" Cliffe in 1999, before Le and Cliffe were hired and the g... ame's intellectual property acquired. Counter-Strike was first released by Valve on the Microsoft Windows platform in 2000. The game later spawned a franchise, and is the first installment in the Counter-Strike series. Several remakes and Ports of Counter-Strike have been released on the Xbox console, as well as OS X and Linux.Set in various locations around the globe, players assume the roles of members of combating teams that include counter-terrorists and terrorists. During each round of gameplay, the two teams are tasked with defeating the other by the means of either achieving the map's objectives, or else killing all of the enemy combatants. Each player may customize their arsenal of weapons and accessories at the beginning of every match, with the currency earned after each round.As of August 2011, the Counter-Strike franchise has sold over 25 million units   more
6 votes
0 comments
Counter-Strike (The whole series) - Voter Comments
No Comments
Vote & Comment
2

Team Fortress 2 is a team-based first-person shooter multiplayer video game developed by Valve Corporation. It is a sequel to the original mod Team Fortress and its GoldSrc engine remake. It was first released as part of the video game compilation T... he Orange Box on October 10, 2007 for Windows and the Xbox 360. A PlayStation 3 version then followed on December 11, 2007. The game was later released as a standalone package for Windows on April 8, 2008, for OS X two years later, and for Linux on February 14, 2013. Team Fortress 2 is distributed online through the download retailer Steam, while retail distribution was handled by Electronic Arts. On June 23, 2011, the game became a free-to-play title, supported by microtransactions for unique in-game equipment through Steam. The development of Team Fortress 2 is led by John Cook and Robin Walker, who originally created the Team Fortress modification for Quake in 1996.The game was announced in 1998, and was first powered by Valve's GoldSrc engine, but this changed as it passed through several different design stages   more
2 votes
0 comments
Team Fortress 2 - Voter Comments
No Comments
Vote & Comment
3

Firefall is a science fiction free-to-play massive multiplayer online open world shooter by Red 5 Studios and released on July 29, 2014. Officially announced September 8, 2010 at the Penny Arcade Expo in Seattle, the game entered closed beta in 2011...  and open beta in 2013. It is the first game to be developed by Red 5 Studios, and combines elements from both the shooter genre and some role-playing aspects from the massive multiplayer online genre   more
2 votes
0 comments
Firefall - Voter Comments
No Comments
Vote & Comment
4

Fistful of Frags is a multiplayer Wild Western Half-Life 2 first-person shooter modification that takes part in frenzy team versus shootouts or cooperative games against AI managed enemies. The game supports between 12 and 20 players simultaneously,...  filling in empty player slots with AI enemies if there are less than 12 players. Most of the classic black powder guns are available, in single or dual wield setup. Although the modification was released back in 2007, the developers are still developing and updating the modification. The modification was released on Steam on May 9, 2014.Players have the option of joining one of four factions including Bandits, Vigilantes, Rangers and Banditos. Factions are represented on the scoreboard and in various parts of the HUD by the colors. Blue for Vigilantes, red for Desperados, green for Rangers, and yellow for Banditos. Though the four factions are distinct in look and team color, there is no difference between each faction in gameplay   more
0 votes
0 comments
Fistful of Frags - Voter Comments
No Comments
Vote & Comment
5

Quake Live is a first-person shooter video game by id Software which runs on x86-based computers running Microsoft Windows via Steam. It was originally downloaded and launched via a web browser plug-in. On November 7, 2013 it was announced that Quak... e Live will drop browser support and become a standalone game. Windows is the only platform supported in the standalone version. On 17 July 2014 it was announced that Quake Live will be introduced to Steam, it was released on Steam on 17 September 2014.Quake Live is free to download and play. Additionally, there are subscription options that include more arenas, game types and game server options. One of those premium features is to allow players to spawn their own server.It is an updated version of, Quake III Arena, and is the second game in the Quake series to have a "Teen" rating from the ESRB, the first being Enemy Territory: Quake Wars   more
0 votes
0 comments
Quake Live - Voter Comments
No Comments
Vote & Comment
No comments yet.
Leave a comment...
(Maximum 900 words)
Privacy Policy | Terms of Use
Sitemap | View Desktop Version
©2020 Debate.org. All rights reserved.