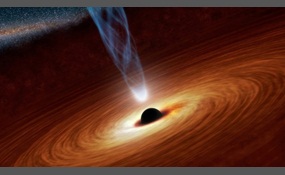 What is the Most Dangerous?

You are the most dangerous on the list.
1 vote
0 comments
Yourself - Voter Comments
No Comments
Vote & Comment
7

Hacker is a term that is used to mean a variety of different things in computing. Depending on the context, the term can refer to a person in any one of several distinct communities and subcultures:People committed to circumvention of computer secur... ity. This primarily concerns unauthorized remote computer break-ins via a communication networks such as the Internet, but also includes those who debug or fix security problems, and the morally ambiguous Grey hats. See Hacker.A community of enthusiast computer programmers and systems designers, originated in the 1960s around the Massachusetts Institute of Technology's Tech Model Railroad Club and MIT Artificial Intelligence Laboratory. This community is notable for launching the free software movement. The World Wide Web and Internet are hacker artifacts. The Request for Comments RFC 1392 amplifies this meaning as "[a] person who delights in having an intimate understanding of the internal workings of a system, computers and computer networks in particular." See Hacker.The hobbyist home computing community, focusing on hardware in the late 1970s and on software in the 1980s/1990s   more
1 vote
1 comment
Hacker - Voter Comments

ButterCatX says2015-01-29T16:40:19.9464533-06:00
Report Post
They could get into any system and create havoc and chaos while being completely untraceable. They could cause meltdowns, start wars, and even steal all of the money in the world.
Vote & Comment
11

The Holy Orders of the Emperor's Inquisition

They will Exterminatus you, no questions asked.
0 votes
0 comments
The Holy Orders of the Emperor's Inquisition - Voter Comments
No Comments
Vote & Comment
20

Barack Hussein Obama II (/bəˈrɑːk huːˈseɪn oʊˈbɑːmə/; born August 4, 1961) is the 44th and current President of the United States. He is the first African American to hold the office. Obama served as a U.S. Senator representing the state of Illinois...  from January 2005 to November 2008, when he resigned following his victory in the 2008 presidential election.Born in Honolulu, Hawaii, Obama is a graduate of Columbia University and Harvard Law School, where he was the president of the Harvard Law Review. He was a community organizer in Chicago before earning his law degree. He worked as a civil rights attorney in Chicago and taught constitutional law at the University of Chicago Law School from 1992 to 2004. He served three terms representing the 13th District in the Illinois Senate from 1997 to 2004   more
0 votes
0 comments
Barack Obama - Voter Comments
No Comments
Vote & Comment
21

Miley Ray Cyrus is an American singer, actress, and songwriter. Her father is country singer Billy Ray Cyrus. She held minor roles in the television series Doc and the film Big Fish in her childhood. In 2006, Cyrus rose to prominence as a teen idol ... after being cast in the Disney Channel television series Hannah Montana, in which she portrayed the starring character Miley Stewart. After signing a recording contract with Hollywood Records in 2007, Cyrus released her debut studio album Meet Miley Cyrus. It was certified quadruple-platinum by the Recording Industry Association of America for exceeding four million shipments, and produced the hit single "See You Again".In 2008, Cyrus released her second album Breakout, which featured the successful track "7 Things", and launched her film career as the voice actress in the animated film Bolt. In 2009, Cyrus starred in the feature film Hannah Montana: The Movie; its soundtrack produced the hit single "The Climb". Cyrus developed a maturing image with the EP The Time of Our Lives, which featured the successful track "Party in the U.S.A."   more
0 votes
0 comments
Miley Cyrus - Voter Comments
No Comments
Vote & Comment
Leave a comment...
(Maximum 900 words)

Mister_Man says2015-01-30T15:39:53.3678724-06:00
Report Post
"There's no way one could form near us" - so what happens when our sun implodes in a few million years? What Happens when Andromeda collides with the Milky Way in a few billion years? What happens when we discover space travel at lightspeed or something of the sort and we end up flying into the black hole in the centre of the Milky Way? Maybe one won't form "near" us anytime in the near future, but black holes have massive effects on everything around it, which can possibly pose a danger to us.