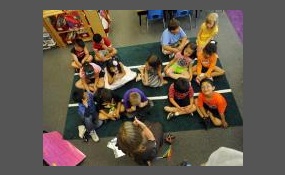 What is the most important class in elementary school?

Arithmetic or arithmetics is the oldest and most elementary branch of mathematics. It consists in the study of numbers, especially the properties of the traditional operations between them — addition, subtraction, multiplication and division. Arithm... etic is an elementary part of number theory. However the terms arithmetic and higher arithmetic were used until the beginning of 20th century as synonyms for number theory, and are, sometimes, still used to refer to a wider part of number theory   more
7 votes
1 comment
Arithmetic - Voter Comments

RedBengalTiger says2014-07-28T01:15:00.6427957-05:00
Report Post
As a school subject, reading can easily be taught from any encouraging home and therefore should not require the effort we currently put into it, continuing throughout childhood. Social studies and so on are fundamentally useless, if interesting. Also, while science is quite useful, it is based on math and is less important at such a young stage.
Vote & Comment
3

Social Studies is the "integrated study of the social sciences and humanities to promote civic competence," as defined by the U.S. American National Council for the Social Studies. Social studies is most commonly recognized as the name of a course o... r set of courses taught in primary and secondary schools or elementary, middle, and secondary schools, but may also refer to the study of aspects of human society at certain post-secondary and tertiary schools around the globe. Many such courses are interdisciplinary and draw upon various fields, including sociology but also political science, history, economics, religious studies, geography, psychology, anthropology, and civics. At Harvard University, social studies is offered as an undergraduate major.At the elementary school level, social studies generally focuses first on the local community and family. By middle and high school, the social studies curriculum becomes more discipline-based and content-specific   more
2 votes
1 comment
Social studies - Voter Comments

Fine art is art developed primarily for aesthetics, distinguishing it from applied art that also has to serve some practical function.Historically, the five main fine arts were painting, sculpture, architecture, music and poetry, with performing art... s including theater and dance. Today, the fine arts commonly include additional forms, such as film, photography, conceptual art, and printmaking. However, in some institutes of learning or in museums, fine art and frequently the term fine arts as well, are associated exclusively with visual art forms.One definition of fine art is "a visual art considered to have been created primarily for aesthetic and intellectual purposes and judged for its beauty and meaningfulness, specifically, painting, sculpture, drawing, watercolor, graphics, and architecture." In that sense, there are conceptual differences between the Fine Arts and the Applied Arts. As originally conceived, and as understood for much of the modern era, the perception of aesthetic qualities required a refined judgment usually referred to as having good taste, which differentiated fine art from popular art and entertainment   more
0 votes
0 comments
Fine Arts - Voter Comments
No Comments
Vote & Comment
6

Debate is contention in argument; dispute, controversy; discussion; especially the discussion of questions of public interest in Parliament or in any assembly.Debate is a method of interactive and representational argument. Debate is a broader form ... of argument than deductive reasoning, which only examines whether a conclusion is a consequence of premises, and factual argument, which only examines what is or isn't the case, or rhetoric, which is a technique of persuasion. Though logical consistency, factual accuracy and some degree of emotional appeal to the audience are important elements of the art of persuasion, in debating, one side often prevails over the other side by presenting a superior "context" and/or framework of the issue, which is far more subtle and strategic. The outcome of a debate depends upon consensus or some formal way of reaching a resolution, rather than the objective facts as such. In a formal debating contest, there are rules for participants to discuss and decide on differences, within a framework defining how they will interact   more
0 votes
0 comments
Debate - Voter Comments
No Comments
Vote & Comment
7