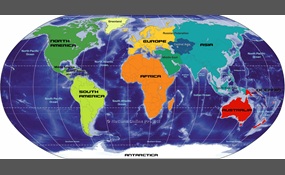 What is the Strongest continent?

All the countries in them (army + economy + resources). Russia/Turkey is in Asia. 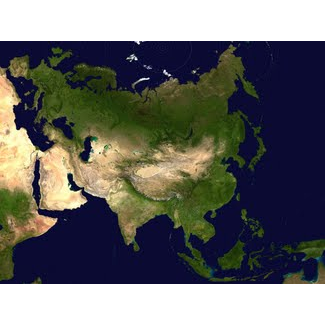 Asia is the Earth's largest and most populous continent, located primarily in the eastern and northern hemispheres. Though it covers only 8.7% of the Earth's total surface area, it comprises 30% of earth's land area, and has historically been home to the bulk of the planet's human population. Asia is notable for not only overall large size and population, but unusually dense and large settlements as well as vast barely populated regions within the continent of 4.4 billion people. Asia has exhibited economic dynamism as well as robust population growth during the 20th century, but overall population growth has since fallen to world average levels.The boundaries of Asia are culturally determined, as there is no clear geographical separation between it and Europe, which together form one continuous landmass called Eurasia. The most commonly accepted boundaries place Asia to the east of the Suez Canal, the Ural River, and the Ural Mountains, and south of the Caucasus Mountains and the Caspian and Black Seas. It is bounded on the east by the Pacific Ocean, on the south by the Indian Ocean and on the north by the Arctic Ocean. 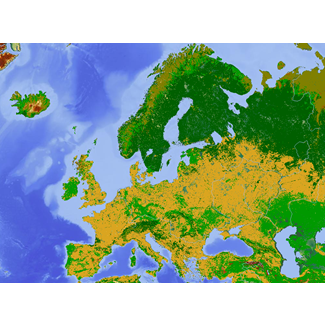 Apollo353 says2015-05-03T16:19:26.8468297-05:00
Report Post
Europe is mainly united in both currency and politically. It is home to the EU, the major organization in the world trade agreements. It is home to around 1 billion people and is a major part of NATO. It is densely populated with areas such as the Netherlands turning into supercities.
Vote & Comment
3 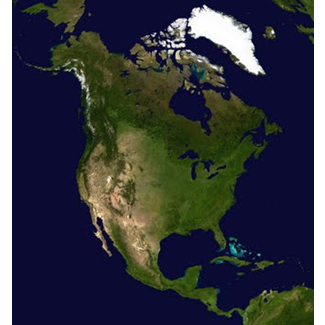 North America is a continent wholly within the Northern Hemisphere and almost wholly within the Western Hemisphere. It can also be considered a northern subcontinent of the Americas. It is bordered to the north by the Arctic Ocean, to the east by the Atlantic Ocean, to the west and south by the Pacific Ocean, and to the southeast by South America and the Caribbean Sea.North America covers an area of about 24,709,000 square kilometers, about 4.8% of the planet's surface or about 16.5% of its land area. As of 2013, its population was estimated at nearly 565 million people across 23 independent states, representing about 7.5% of the human population. Most of the continent's land area is dominated by Canada, the United States, Greenland, and Mexico, while smaller states exist in the Central American and Caribbean regions. North America is the third largest continent by area, following Asia and Africa, and the fourth by population after Asia, Africa, and Europe.The first people to live in North America were Paleoindians who began to arrive during the last glacial period by crossing the Bering land bridge. 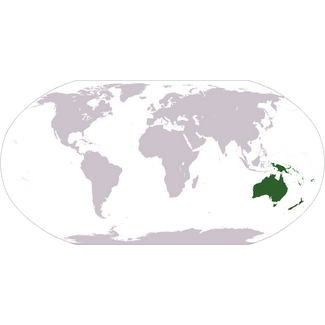 Australasia, a region of Oceania, comprises Australia, New Zealand, the island of New Guinea, and neighbouring islands in the Pacific Ocean. Charles de Brosses coined the term in Histoire des navigations aux terres australes. He derived it from the Latin for "south of Asia" and differentiated the area from Polynesia and the southeast Pacific. The bulk of Australasia sits on the Indo-Australian Plate, together with India.

Pope_of_Hermitan says2015-05-04T06:22:08.2650724-05:00
Report Post
Who has your uranium? Who has your Coal? Who has your Iron? Who has the mighty DROP BEAR? If the Drop Bear wasn't so lazy it would have taken the world! But alas the Drop Bear takes it upon itself to drop on tourists from countries that could have been theirs...It really is a tragic story.
Vote & Comment
5 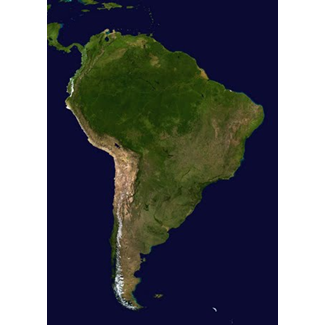 South America is a continent located in the Western Hemisphere, mostly in the Southern Hemisphere, with a relatively small portion in the Northern Hemisphere. It can also be considered as a subcontinent of the Americas.It is bordered on the west by the Pacific Ocean and on the north and east by the Atlantic Ocean; North America and the Caribbean Sea lie to the northwest. It includes twelve sovereign states – Argentina, Bolivia, Brazil, Chile, Colombia, Ecuador, Guyana, Paraguay, Peru, Suriname, Uruguay, and Venezuela – and two non-sovereign areas – French Guiana, an overseas department of France, and the Falkland Islands, a British Overseas Territory. In addition to this, the ABC islands of the Netherlands may also be considered part of South America.South America has an area of 17,840,000 square kilometers. Its population as of 2005 has been estimated at more than 371,090,000. South America ranks fourth in area and fifth in population.Most of the population lives near the continent's western or eastern coasts while the interior and the far south are sparsely populated. 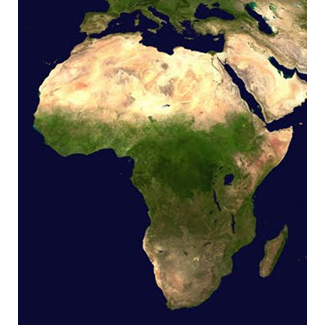 Africa is the world's second-largest and second-most-populous continent. At about 30.2 million km² including adjacent islands, it covers six percent of the Earth's total surface area and 20.4 percent of the total land area. With 1.1 billion people as of 2013, it accounts for about 15% of the world's human population. The continent is surrounded by the Mediterranean Sea to the north, both the Suez Canal and the Red Sea along the Sinai Peninsula to the northeast, the Indian Ocean to the southeast, and the Atlantic Ocean to the west. The continent includes Madagascar and various archipelagos. It has 54 fully recognized sovereign states, nine territories and two de facto independent states with limited or no recognition.Africa's population is the youngest among all the continents; 50% of Africans are 19 years old or younger.Algeria is Africa's largest country by area, and Nigeria is the largest by population.

Theunkown says2015-05-03T11:28:34.0669065-05:00
Report Post
Exactly, it makes no sense not to unite the two continents. Hell, Arab culture is closer to European culture than Japanese so are the Arab countries part of Europe but not Asia? Should the entire Americas be considered part of Europe because their culture is similar to Western Europe compared to Native Americans? No, its ridiculous.

Diqiucun_Cunmin says2015-05-03T12:58:40.8350016-05:00
Report Post
@58539672, I think Africa and Eurasia are separate continents, since they are connected only be very thin strips of land, and because they are diverging from the Arabian (OK, I know some parts are conservative) and Indo-Australian plates while being separated from Europe by the Mediterranean (that part converges to form the Alps).