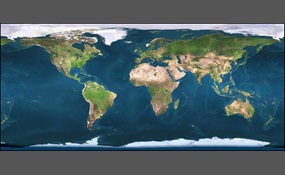 What is the strongest country ever?

The United States of America, commonly referred to as the United States, America, and sometimes the States, is a federal republic consisting of 50 states and a federal district. The 48 contiguous states and Washington, D.C., are in central North Ame... rica between Canada and Mexico. The state of Alaska is the northwestern part of North America and the state of Hawaii is an archipelago in the mid-Pacific. The country also has five populated and nine unpopulated territories in the Pacific and the Caribbean. At 3.80 million square miles and with around 318 million people, the United States is the world's third- or fourth-largest country by total area and third-largest by population. It is one of the world's most ethnically diverse and multicultural nations, the product of large-scale immigration from many countries. The geography and climate of the United States is also extremely diverse, and it is home to a wide variety of wildlife.Paleo-Indians migrated from Eurasia to what is now the U.S. mainland around 15,000 years ago, with European colonization beginning in the 16th century. The United States emerged from 13 British colonies located along the Atlantic seaboard   more
14 votes
4 comments
United States of America - Voter Comments

58539672 says2015-04-15T22:02:37.6662923-05:00
Report Post
Since it is the most modern of the nations on this list, the US is by far the strongest. Its one of the very few nations in history that truly has global influence (British Empire being the other one. Maybe Spanish, French, and Portuguese as well) and has a variety of soft and hard powers that it uses to dominate the world.

The Mongol Empire, which existed during the 13th and 14th centuries, was the largest contiguous land empire in history. Originating in the steppes of Central Asia, the Mongol Empire eventually stretched from Central Europe to the Sea of Japan, exten... ding northwards into Siberia, eastwards and southwards into the Indian subcontinent, Indochina, and the Iranian plateau, and westwards as far as the Levant and Arabia.The empire unified nomadic tribes of historical Mongolia under the leadership of Genghis Khan, who was proclaimed ruler of all Mongols in 1206. The empire grew rapidly under his rule and then under his descendants, who sent invasions in every direction. The vast transcontinental empire connected the east with the west with an enforced Pax Mongolica allowing trade, technologies, commodities, and ideologies to be disseminated and exchanged across Eurasia.Mongol conquests resulted in some of the most destructive wars in human history. In Iran, the Mongol invasion resulted in extermination, disease, and destruction of irrigation systems resulting in mass emigration, famine, and drastic population decline   more
5 votes
0 comments
Mongol Empire - Voter Comments
No Comments
Vote & Comment
4

The Roman Empire was the post-Republican period of the ancient Roman civilization, characterized by government headed by emperors, and large territorial holdings around the Mediterranean Sea in Europe, Africa, and Asia. The 500 year old republic whi... ch preceded it was severely destabilized in a series of civil wars and political conflict, during which Julius Caesar was appointed as perpetual dictator and then assassinated in 44 BC. Civil wars and executions continued, culminating in the victory of Octavian, Caesar's adopted son, over Mark Antony and Cleopatra at the Battle of Actium in 31 BC and the annexation of Egypt. Octavian's power was now unassailable and in 27 BC the Roman Senate formally granted him overarching power and the new title Augustus, effectively marking the end of the Roman Republic.The imperial successor to the Republic endured for some 500 years. The first two centuries of the Empire's existence were a period of unprecedented political stability and prosperity known as the Pax Romana, or "Roman Peace". Following Octavian's victory, the size of the Empire was dramatically increased   more
4 votes
0 comments
Roman Empire - Voter Comments
No Comments
Vote & Comment
5

Nazi Germany and the Third Reich are names for Germany from 1933 to 1945, when it was under control of Adolf Hitler and the Nazi Party. Under Hitler's rule, Germany was transformed into a fascist totalitarian state which controlled nearly all aspect... s of life. Nazi Germany ceased to exist after the Allied Forces defeated Germany in May 1945, ending World War II in Europe.Hitler was appointed Chancellor of Germany by the President of the Weimar Republic Paul von Hindenburg on 30 January 1933. The Nazi Party then began to eliminate all political opposition and consolidate its power. Hindenburg died on 2 August 1934, and Hitler became dictator of Germany by merging the powers and offices of the Chancellery and Presidency. A national referendum held 19 August 1934 confirmed Hitler as sole Führer of Germany. All power was centralised in Hitler's hands, and his word became above all laws. The government was not a coordinated, co-operating body, but a collection of factions struggling for power and Hitler's favour. In the midst of the Great Depression, the Nazis restored economic stability and ended mass unemployment using heavy military spending and a mixed economy   more
1 vote
0 comments
Nazi Germany - Voter Comments
No Comments
Vote & Comment
7

The Empire of Japan was a parliamentary constitutional monarchy, empire and world power that existed from the Meiji Restoration on January 3, 1868 to the enactment of the 1947 constitution of modern Japan.Imperial Japan's rapid industrialization and...  militarization under the slogan Fukoku Kyōhei led to its emergence as a world power, eventually culminating in its membership in the Axis alliance and the conquest of a large part of the Asia-Pacific region. At the height of its power in 1942, the Empire of Japan ruled over a land area spanning 7,400,000 square kilometres, making it one of the largest maritime empires in history.After several large-scale military successes during the Second Sino-Japanese War and the Pacific War, the Empire of Japan also gained notoriety for its war crimes against the peoples of the countries it conquered. After suffering many defeats and the atomic bombings of Hiroshima and Nagasaki, however, the Empire of Japan surrendered to the Allies on September 2, 1945. A period of occupation by the Allies followed the surrender, and a new constitution was created with American involvement   more
1 vote
0 comments
Empire of Japan - Voter Comments
No Comments
Vote & Comment
8

The Italian Empire was created after the Kingdom of Italy joined other European powers in establishing colonies overseas during the Scramble for Africa. Modern Italy, as a unified state, had only existed from 1861. By this time, France, Spain, Portu... gal, Britain and the Netherlands had been carving out large empires for several hundred years. One of the last remaining areas open to colonisation was on the African continent.By the outbreak of World War I in 1914, Italy had annexed Eritrea, Somalia, Libya and the Dodecanese Islands; it was also one of the European concession holders in Tientsin. Italy was defeated in its first attempt to conquer Ethiopia in the First Italo-Ethiopian War of 1895–1896 with Ethiopia receiving modern weapons and support from Russia and France, but succeeded in occupying it in the Second Italo-Ethiopian War of 1935–1936. During World War I, the Italian army captured Albania, which was declared an Italian protectorate in 1917, and, by the end of hostilities in November 1918, had captured the entire portion of Dalmatia that had been guaranteed to Italy by the Treaty of London   more
0 votes
0 comments
Italian Empire - Voter Comments
No Comments
Vote & Comment
9

The Ottoman Empire, also historically referred to as the Turkish Empire or Turkey, was a Sunni Islamic state founded by Oghuz Turks under Osman I in northwestern Anatolia in 1299. With conquests in the Balkans by Murad I between 1365 and 1389, and t... he conquest of Constantinople by Mehmed II in 1453, the Ottoman sultanate was transformed into an empire.During the 16th and 17th centuries, in particular at the height of its power under the reign of Suleiman the Magnificent, the Ottoman Empire was a powerful multinational, multilingual empire controlling much of Southeast Europe, Western Asia, the Caucasus, North Africa, and the Horn of Africa. At the beginning of the 17th century the empire contained 32 provinces and numerous vassal states. Some of these were later absorbed into the empire, while others were granted various types of autonomy during the course of centuries.With Constantinople as its capital and control of lands around the Mediterranean basin, the Ottoman Empire was at the centre of interactions between the Eastern and Western worlds for six centuries   more
0 votes
0 comments
Ottoman Empire - Voter Comments
No Comments
Vote & Comment
10

The Spanish Empire comprised territories and colonies administered by the Spanish Crown in Europe, the Americas, Africa, Asia and Oceania. It originated during the Age of Exploration after the voyages of Christopher Columbus as one of the first glob... al empires. Under the Spanish Habsburgs, Spain reached the peak of its political and economic power, becoming the foremost global power of the time. Spain's territorial reach beyond Europe included the Greater Antilles, half of South America, most of Central America and much of North America, as well as a number of Pacific Ocean archipelagos including the Philippines.The bulk of Spain's Empire was held for over three centuries, starting in 1492 with the Spanish colonization of the Americas and lasting until the early 19th century Spanish American wars of independence that left only Cuba, Puerto Rico, and the Philippines as Spanish. Following the Spanish–American War of 1898, Spain ceded its last colonies in the Caribbean and the Pacific to the United States. Its last African colonies were granted independence in 1975   more
0 votes
0 comments
Spanish Empire - Voter Comments
No Comments
Vote & Comment
11

China and its history

China, officially the People's Republic of China, is a sovereign state located in East Asia. It is the world's most populous country, with a population of over 1.35 billion. The PRC is a single-party state governed by the Communist Party, with its s... eat of government in the capital city of Beijing. It exercises jurisdiction over 22 provinces, five autonomous regions, four direct-controlled municipalities, and two mostly self-governing special administrative regions. The PRC also claims the territories governed by the Republic of China, a separate political entity commonly known as Taiwan today, as a part of its territory, which includes the island of Taiwan as Taiwan Province, Kinmen and Matsu as a part of Fujian Province and islands the ROC controls in the South China Sea as a part of Hainan Province, a claim which is controversial due to the complex political status of Taiwan.Covering approximately 9.6 million square kilometers, China is the world's second-largest country by land area, and either the third or fourth-largest by total area, depending on the method of measurement   more
0 votes
0 comments
China and its history - Voter Comments
No Comments
Vote & Comment
Leave a comment...
(Maximum 900 words)