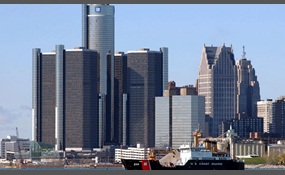 What is the worst city in america?

What is the worst city in america

Milwaukee is the largest city in the State of Wisconsin, the 31st most populous city in the United States, and 39th most populous region in the United States. It is the county seat of Milwaukee County and is located on the southwestern shore of Lake...  Michigan. According to 2010 census data, the City of Milwaukee has a population of 594,833. Milwaukee is the main cultural and economic center of the Milwaukee–Racine–Waukesha Metropolitan Area with a population of 2,040,498 as of an official 2013 estimate. This ranks the region as the 29th most populous Combined Statistical Area of the United States.The first Europeans to pass through the area were French Catholic missionaries and fur traders. In 1818, the French-Canadian explorer Solomon Juneau settled in the area, and in 1846 Juneau's town combined with two neighboring towns to incorporate as the City of Milwaukee. Large numbers of German and other immigrants helped increase the city's population during the 1840s and the following decades   more
1 vote
0 comments
Milwaukee - Voter Comments
No Comments
Vote & Comment
5