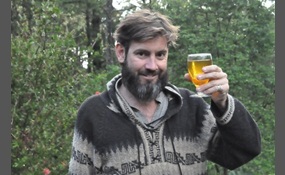 What is your favorite alcoholic beverage?

If it doesn't contain alcohol that's okay too, but it cannot be water.

Rum is a distilled alcoholic beverage made from sugarcane byproducts, such as molasses, or directly from sugarcane juice, by a process of fermentation and distillation. The distillate, a clear liquid, is then usually aged in oak barrels. Rum can be ... referred to in Spanish by descriptors such as ron viejo and ron añejo.The majority of the world's rum production occurs in the Caribbean and Latin America. Rum is also produced in Austria, Spain, Australia, New Zealand, Fiji, Mexico, Hawaii, the Philippines, India, Reunion Island, Mauritius, South Africa, Taiwan, Thailand, Japan, the United States, and Canada.Rums are produced in various grades. Light rums are commonly used in cocktails, whereas "golden" and "dark" rums were typically consumed individually or used for cooking, but are now commonly consumed with mixers. Premium rums are also available, made to be consumed either straight or iced.Rum plays a part in the culture of most islands of the West Indies as well as in the The Maritimes and Newfoundland. This beverage has famous associations with the Royal Navy and piracy   more
1 vote
0 comments
Rum - Voter Comments
No Comments
Vote & Comment
4