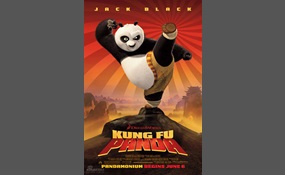 What is your favorite animated movie of the 21st century?

The Lion King is a 1994 American animated musical adventure film produced by Walt Disney Feature Animation and released by Walt Disney Pictures. It is the 32nd animated feature in the Walt Disney Animated Classics series. The story takes place in a ... kingdom of lions in Africa, and was influenced by the biblical tales of Joseph and Moses and the Shakespearean play Hamlet. The film was produced during a period known as the Disney Renaissance. The Lion King was directed by Roger Allers and Rob Minkoff, produced by Don Hahn, and has a screenplay credited to Irene Mecchi, Jonathan Roberts and Linda Woolverton. Its songs were written by composer Elton John and lyricist Tim Rice, with an original score by Hans Zimmer. The film features a large ensemble voice cast led by Matthew Broderick, Jeremy Irons, James Earl Jones, Jonathan Taylor Thomas and Moira Kelly.The Lion King tells the story of Simba, a young lion who is to succeed his father, Mufasa, as king; however, after Simba's uncle Scar murders Mufasa, Simba is fooled into thinking he was responsible and flees into exile in shame and despair   more
1 vote
0 comments
The Lion King - Voter Comments
No Comments
Vote & Comment
10

The classic for children of the generation.
1 vote
1 comment
Cars - Voter Comments