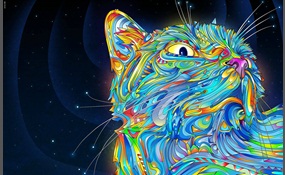 What is your favorite drug?

(Only between the good ones)

Cannabis, commonly known as marijuana and by numerous other names, is a preparation of the cannabis plant intended for use as a psychoactive drug and as medicine. Pharmacologically, the principal psychoactive constituent of cannabis is tetrahydrocan... nabinol; it is one of 483 known compounds in the plant, including at least 84 other cannabinoids, such as cannabidiol, cannabinol, tetrahydrocannabivarin, and cannabigerol.Cannabis is often consumed for its psychoactive and physiological effects, which can include heightened mood or euphoria, relaxation, and an increase in appetite. Unwanted side-effects can sometimes include a decrease in short-term memory, dry mouth, impaired motor skills, reddening of the eyes, and feelings of paranoia or anxiety.Modern uses of cannabis are as a recreational or medicinal drug, and as part of religious or spiritual rites; the earliest recorded uses date from the 3rd millennium BC   more
11 votes
3 comments
Cannabis - Voter Comments

Lysergic acid diethylamide, abbreviated LSD or LSD-25, also known as lysergide and colloquially as acid, is a psychedelic drug of the ergoline family, well known for its psychological effects, which can include altered thinking processes, closed- an... d open-eye visuals, synesthesia, an altered sense of time and spiritual experiences, as well as for its key role in 1960s counterculture. It is used mainly as an entheogen, recreational drug, and as an agent in psychedelic therapy. LSD is non-addictive, is not known to cause brain damage, and has extremely low toxicity relative to dose. However, acute adverse psychiatric reactions such as anxiety, paranoia, and delusions are possible.LSD was first synthesized by Albert Hofmann in 1938 from ergotamine, a chemical derived by Arthur Stoll from ergot, a grain fungus that typically grows on rye. The short form "LSD" comes from its early code name LSD-25, which is an abbreviation for the German "Lysergsäure-diethylamid" followed by a sequential number. LSD is sensitive to oxygen, ultraviolet light, and chlorine, especially in solution, though its potency may last for years if it is stored away from light and moisture at low temperature   more
2 votes
1 comment
Lysergic acid diethylamide - Voter Comments

In chemistry, an alcohol is any organic compound in which the hydroxyl functional group is bound to a saturated carbon atom. The term alcohol originally referred to the primary alcohol ethyl alcohol, the predominant alcohol in alcoholic beverages. M... uhammad ibn Zakariya al-Razi first discovered alcohol in its pure form in Persia.The suffix -ol appears in the IUPAC chemical name of all substances where the hydroxyl group is the functional group with the highest priority; in substances where a higher priority group is present the prefix hydroxy- will appear in the IUPAC name. The suffix -ol in non-systematic names also typically indicates that the substance includes a hydroxyl functional group and, so, can be termed an alcohol. But many substances, particularly sugars contain hydroxyl functional groups without using the suffix. An important class of alcohols are the simple acyclic alcohols, the general formula for which is CₙH₂ₙ₊₁OH   more
1 vote
0 comments
Alcohol - Voter Comments
No Comments
Vote & Comment
4