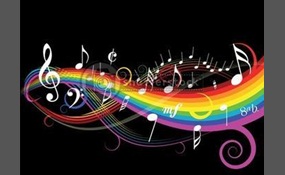 What is your favorite kind of music?

Thrash metal is an extreme subgenre of heavy metal music characterized by its fast tempo and overall aggression. The songs usually use fast percussive beats and low-register guitar riffs, overlaid with shredding-style lead work. The lyrics often dea... l with social issues and reproach for The Establishment, using direct and denunciatory language, an approach which partially overlaps with the hardcore genre.The genre evolved in the early 1980s from combining the drum beats of hardcore punk with the guitar style of the New Wave of British Heavy Metal. It emerged partially as a reaction to the more conventional and widely acceptable glam metal, a less aggressive, pop music-infused heavy metal subgenre which appeared simultaneously. Thrash metal was an inspiration for subsequent extreme genres such as death metal and black metal.Four American bands, Anthrax, Megadeth, Metallica, and Slayer, are credited with pioneering and popularizing the genre. The Clash of the Titans tour, which featured Megadeth, Slayer, and Anthrax, is considered the genre's pinnacle, after which thrash metal saw a decline in popularity throughout the decade   more
14 votes
0 comments
Rock - Voter Comments
No Comments
Vote & Comment
2

naeramarth1 says2015-08-12T06:20:30.3397924Z
Report Post
I'm a big metalhead. It's so diverse and amazing, but also is the most controversial and misunderstood genre of music there is. It touches on many subjects, serious and comedic, and tackles many things that people don't typically enjoy talking about. It challenges people. It discusses topics that raise questions and makes us doubt our beliefs, and encourages individuality, and nonconformity. I love it for what it is, and unfortunately outsiders tend to only look at the most extreme things and make their own ignorant generalizations and such.