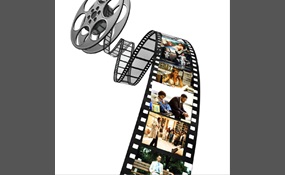 What is your favorite movie?

Avatar is a 2009 American epic science fiction film written and directed by James Cameron, and starring Sam Worthington, Zoe Saldana, Stephen Lang, Michelle Rodriguez, Joel David Moore, Giovanni Ribisi and Sigourney Weaver. The film is set in the mi... d-22nd century, when humans are mining a precious mineral called unobtanium on Pandora, a lush moon of a gas giant in the Alpha Centauri star system. The expansion of the mining colony threatens the continued existence of a local tribe of Na'vi—a humanoid species indigenous to Pandora. The movie title refers to the genetically engineered Na'vi-human hybrid bodies used by a team of researchers to interact with the natives of Pandora. Development on Avatar began in 1994, when Cameron wrote an 80-page scriptment for the film. Filming was supposed to take place after the completion of Cameron's 1997 film Titanic, for a planned release in 1999, but according to Cameron, the necessary technology was not yet available to achieve his vision of the sight   more
3 votes
0 comments
Avatar - Voter Comments
No Comments
Vote & Comment
2

Braveheart is a 1995 epic historical drama war film directed by and starring Mel Gibson. Gibson portrays William Wallace, a 13th-century Scottish warrior who led the Scots in the First War of Scottish Independence against King Edward I of England. T... he story is based on Blind Harry's epic poem The Actes and Deidis of the Illustre and Vallyeant Campioun Schir William Wallace and was adapted for the screen by Randall Wallace. It has been described as one of the most historically inaccurate modern films.The film was nominated for ten Academy Awards at the 68th Academy Awards and won five: Best Picture, Best Makeup, Best Cinematography, Best Film Editing, and Best Director   more
2 votes
0 comments
Braveheart - Voter Comments
No Comments
Vote & Comment
4

The Book of Eli

Road to Perdition is a 2002 American crime film directed by Sam Mendes. The screenplay was adapted by David Self, from the graphic novel of the same name by Max Allan Collins. The film stars Tom Hanks, Paul Newman, Jude Law, and Daniel Craig. The pl... ot takes place in 1931, during the Great Depression, following a mob enforcer and his son as they seek vengeance against a mobster who murdered the rest of their family.Filming took place in the Chicago area. Mendes, having recently finished 1999's acclaimed American Beauty, pursued a story that had minimal dialogue and conveyed emotion in the imagery. Cinematographer Conrad Hall took advantage of the environment to create symbolism for the film, for which he won several awards, including a posthumous Academy Award for Best Cinematography. The film explores several themes, including the consequence of violence and father-son relationships.The film was released on July 12, 2002, and eventually grossed over $180 million worldwide. The cinematography, setting, and the lead performances by Newman and Hanks were well received by critics. A home media release debuted on February 25, 2003   more
0 votes
0 comments
Road to Perdition - Voter Comments
No Comments
Vote & Comment
15

Brave is a 2012 American computer-animated fantasy film produced by Pixar Animation Studios and released by Walt Disney Pictures. It was directed by Mark Andrews and Brenda Chapman, and co-directed by Steve Purcell. The story is by Chapman, with the...  screenplay by Andrews, Purcell, Chapman and Irene Mecchi. Chapman drew inspiration from her relationship with her own daughter. Chapman became Pixar’s first female director of a feature-length film. The film was produced by Katherine Sarafian, with John Lasseter, Andrew Stanton and Pete Docter as executive producers. The film's voice cast features Kelly Macdonald, Julie Walters, Billy Connolly, Emma Thompson, Kevin McKidd, Craig Ferguson, and Robbie Coltrane. To create the most complex visuals possible, Pixar completely rewrote their animation system for the first time in 25 years. It is the first film to use the Dolby Atmos sound format.Set in the Scottish Highlands, the film tells the story of a princess named Merida who defies an age-old custom, causing chaos in the kingdom by expressing the desire to not be betrothed   more
0 votes
0 comments
Brave - Voter Comments
No Comments
Vote & Comment
No comments yet.
Leave a comment...
(Maximum 900 words)
Privacy Policy | Terms of Use
Sitemap | View Desktop Version
©2021 Debate.org. All rights reserved.